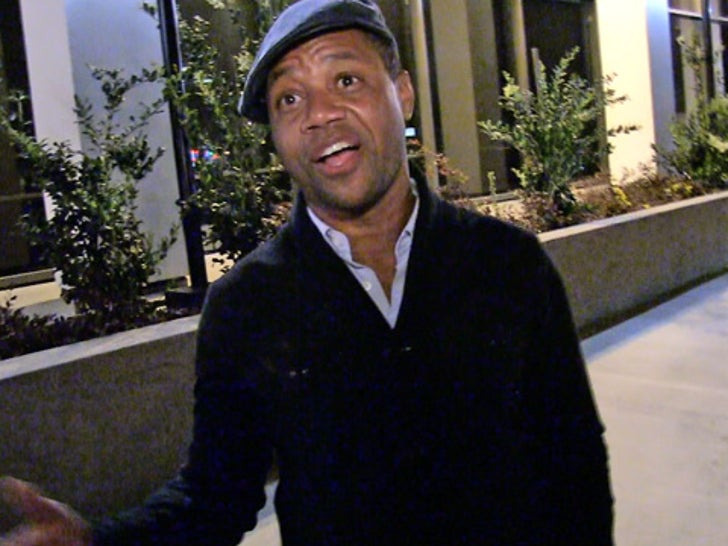 Another celebrity guest at the Manny Pacquaio training camp ... this time Cuba Gooding Jr. spent some time with the challenger ... but says the whole thing is going down TEN YEARS too late!

CG2 was out in L.A. -- and even though he praised Manny ... saying the guy looks quick as ever ... you can tell Cuba's irritated that the fight of the century is happening a DECADE after it should have.

Check out the clip -- Cuba also thinks the guys might have a secret agreement to make sure the fight goes the distance ... because there could be KILLER consequences if the $200 million match ends in round 1.