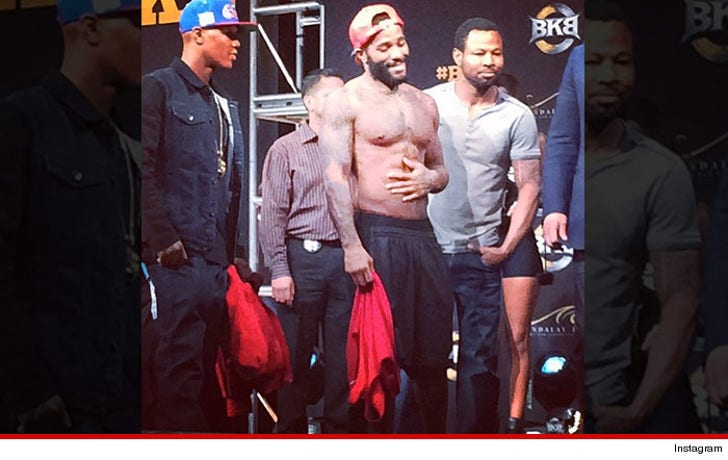 Accusing former champ "Sugar" Shane Mosley of being "fat as s**t" ... came back to bite BKB Middleweight champ Gabe Rosado in the ass -- dude did NOT make weight for his title bout!

Mosley wasted NO TIME ripping Rosado a new one by posting a pic of Curtis Stevens -- the fighter he trained for Saturday night's fight with Rosado. He captioned it, "The face you make when your bitch ass opponent doesn't make weight. #fatass #BitchAss #F**kRosado"

Shane's celebration was brief. BKB says Rosado had 60 minutes to cut weight, and he managed to lose 2 pounds in that time! His final weigh-in for Saturday night's PPV bout was 159.

Of course, 24 hours ago ... Rosado was the one fat shaming Shane, but shoe's on the other bloated foot now. 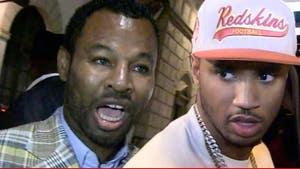 'Sugar' Shane Mosley -- Trey Songz Didn't Steal My Chick ... I'd Knock Him Out If He Did 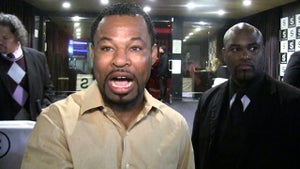 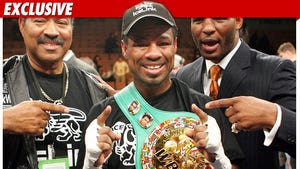