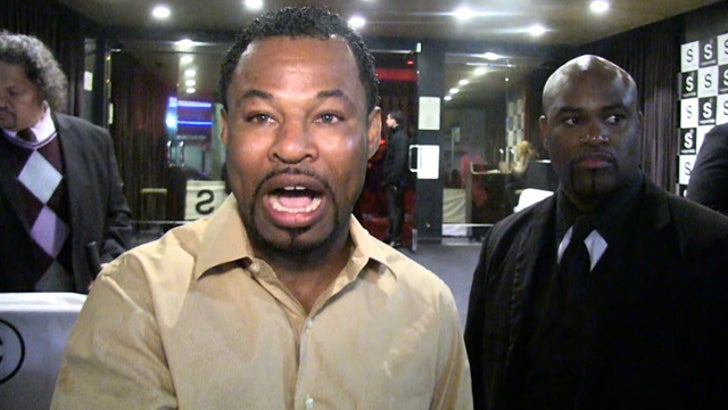 The UFC is exploding in popularity ... but the sport of boxing is still more respected than MMA ... so says former boxing champ Sugar Shane Mosely.

The 42-year-old was leaving Supper Club in Hollywood Saturday night when he explained why he thinks the UFC is still playing catch up to boxing when it comes to respect.

Shane -- who's retired -- also says he still thinks he can fight with the best in the world ... but wants to leave the sport in younger hands ... like his 23-year-old son, who's training to be just like his old man.