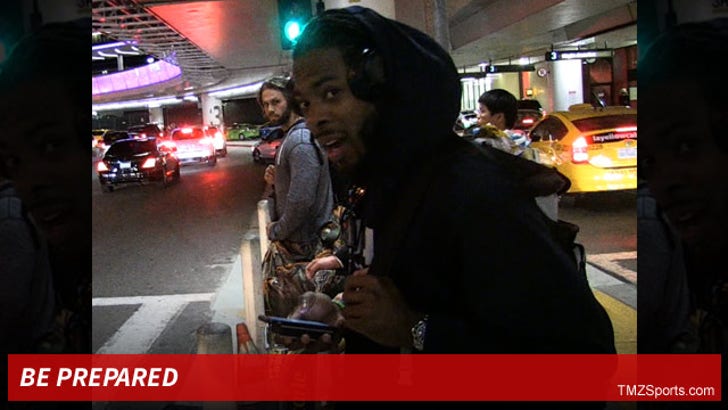 Richard Sherman never backs down from a challenge ... and never hesitates to tell you about it (see Erin Andrews) -- and dirty diapers are no different for the Seahawks superstar.

Sherman was flying into LAX last night when he did something he never does -- help out an opposing QB ... in this case, the Redskins' RG III. Sherman had a baby boy back in February, and Griffin's got one on the way.

Griffin told TMZ Sports yesterday everyone says his sleeping days are over -- and Sherm co-signed on that, and added another tip ... saying, "Get ready for a wild ride."

And it sounds like the wildest part for Richard has been dealing with soiled diapers. Check out the clip, especially if you're RG III.