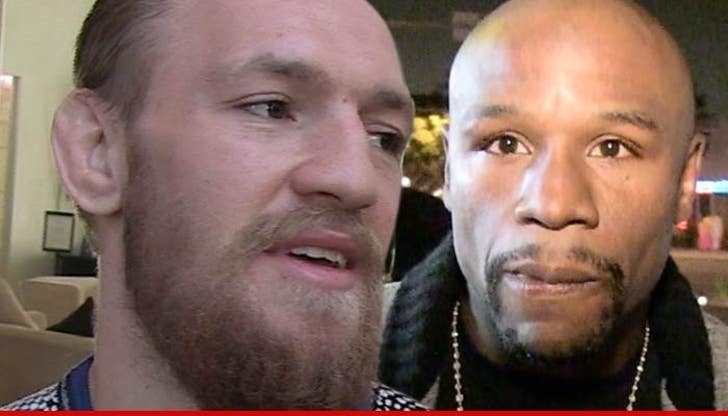 UFC badass Conor McGregor says he would ANNIHILATE Floyd Mayweather in a real deal street fight ... saying, "I would kill him in less than thirty seconds."

McGregor told Esquire he looks down on combat athletes who only specialize in one type of attack method -- for example, boxers.

"I don't look at a man who's expert in one area as a specialist ... I look at him as a rookie in ten other areas. If you can box, what happens if I grab hold of your legs?"

That's when he brought up Money Mayweather: "If you put me face-to-face with Floyd Mayweather - pound-for-pound boxing's best -- if I fought Floyd, I would kill him in less than thirty seconds."

"It would take me less than thirty seconds to wrap around him like a boa constrictor and strangle him."

Here's the tale of the tape