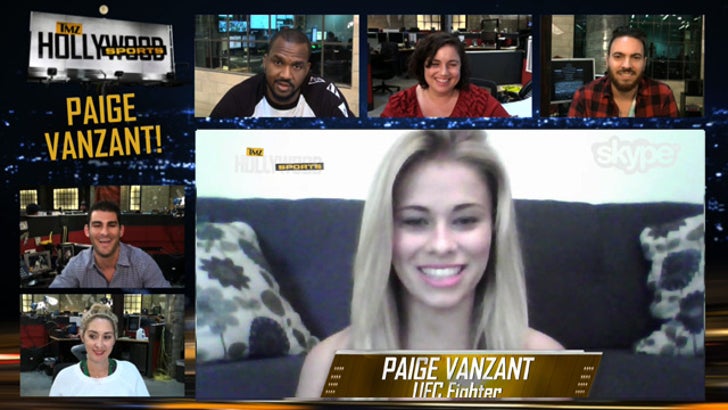 VanZant appeared on "TMZ Hollywood Sports" on Tuesday -- and talked about how she made the transition from being a dancer to a legit wrecking machine.

In fact, the 21-year-old says she owes a lot of her success to Rousey -- who paved the way for women to fight in the UFC.

But when it comes to a possible mega-fight between the ladies, VanZant makes it very clear ... she doesn't have a death wish.