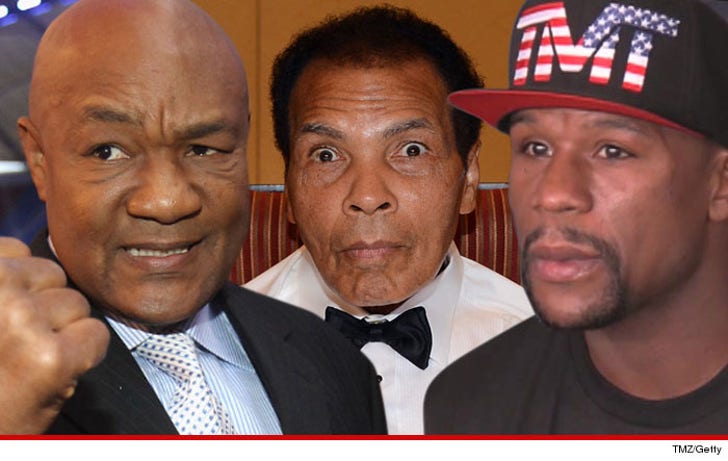 George Foreman says Floyd Mayweather is RIGHT ... telling TMZ Sports, "Pound for pound, Floyd is better than me and Muhammad Ali ever were."

Mayweather received tons of criticism this week after saying HE should be considered the greatest fighter of all time ... and now, it seems Foreman's backing him up in a major way.

"This is a better generation BY FAR," Foreman tells us ... "They're smarter, they're stronger, they're overall just better fighters."

Of course, Foreman is extremely qualified to weigh in on the subject, having fought Muhammad Ali in the famous, "Rumble in the Jungle" in 1974 ... in addition to his 80 other pro fights.

"We were good and we liked the attention that we got. But boxing is on a different level. This is an amazing generation."

As for the fight, Foreman says he's rooting for Mayweather -- and believes he's the better fighter -- but says he thinks Manny will ultimately win the fight.

"Mayweather is the superior talent, but the best guy doesn't always win ... Floyd's gonna have his guard down. Manny's gonna take the first couple of rounds and there won't be enough rounds for him to catch up."