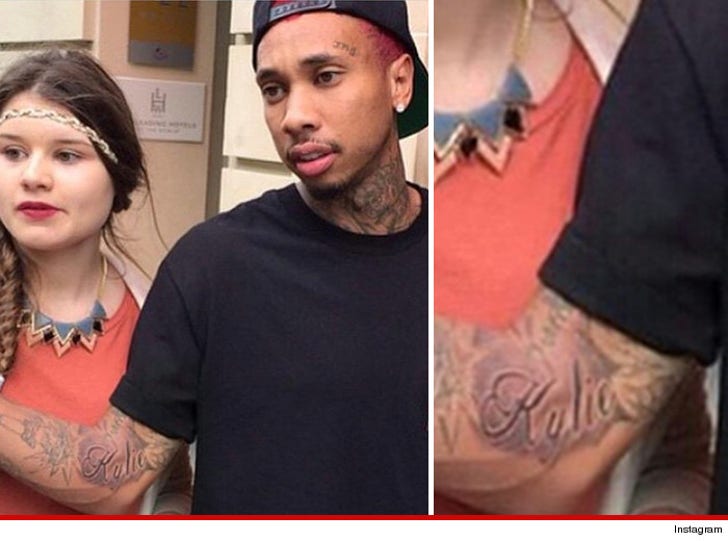 A photo surfaced today of Tyga with a fan, but more importantly ... he's flaunting fresh ink -- his 17-year-old GF's name is now on his inner right elbow. Sources close to the rapper tell TMZ ... he got the tat yesterday to prove to Kylie he is fully committed to her and no one else.

It's no coincidence he got the ink the day after his baby mama, Blac Chyna put him on Insta-blast -- posting his texts to her saying, "I want to be with u" ... and have a relationship.

If the texts were real ... it looks like Tyga's had a quick change of heart.

Of course, getting someone's name tatted is also known as the absolute kiss of death -- at least according to Eva Longoria, Iggy Azalea, Melanie Griffith, Ciara, etc ...