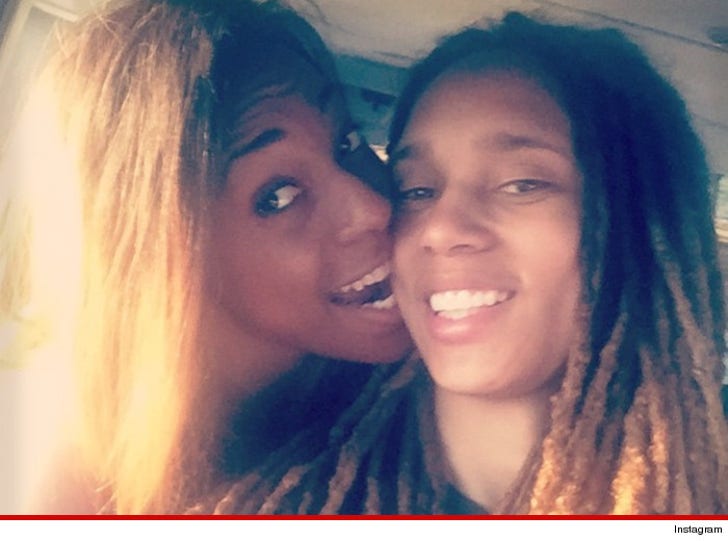 WNBA stars Brittney Griner and Glory Johnson are NOT cancelling their wedding ... despite the fact they were both arrested for domestic violence this week ... but say they are actively "seeking help."

As we previously reported, the two -- who are set to be married on May 8th -- were busted at their home in Arizona after cops say they attacked each other during a heated argument.

Now, Johnson has issued a statement ... accompanied with a pic of the two looking chummy ... saying, "WE'RE OK! @brittneygriner and I are home, injury-free, and still wedding planning!"

"We know we must set better examples, even during the most trying times, and we are EXTREMELY sorry for all the negative attention we brought to ourselves, our family, and the league."

"We are actively seeking help in order to do BETTER."

"Thanks for all the Love, Support, and Prayers that were sent our way. #LoveLife #StillBlessed."