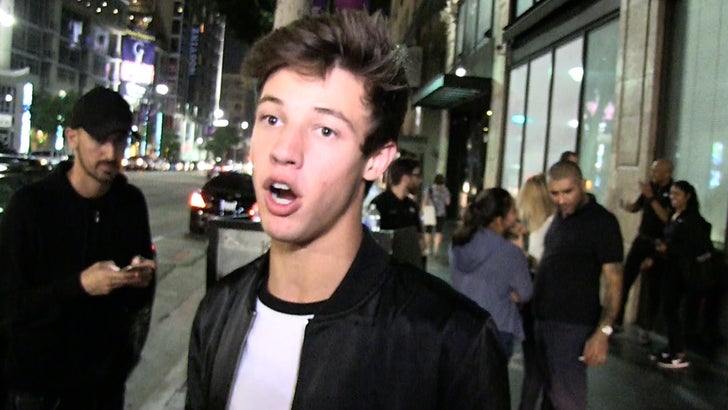 Vine star Cameron Dallas certainly isn't the next Picasso but his teen fans won't have to worry about him being a convict either because he just dodged the jail bullet.

Cameron will not be prosecuted for allegedly throwing a paint can off his 6th story apartment balcony and nearly missing a woman below. Prosecutors tell us there just wasn't enough evidence he threw the can, despite cops insisting he did the deed.

Our photog got Cameron out in Hollywood Thursday night and he insisted he was wrongly fingered for the offense. In fact, he says no one threw a paint can, and cops were trying to frame them. Get it ... paint, framed?

TMZ broke the story ... Cameron was arrested with two friends back in March. In addition to the paint can allegation, cops said he vandalized his apartment by covering it with paint, but that all turned out to be a civil matter ... covered by his security deposit. 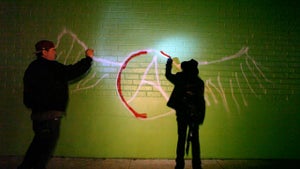 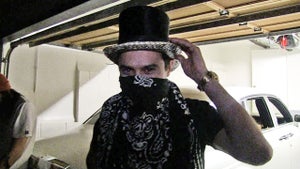