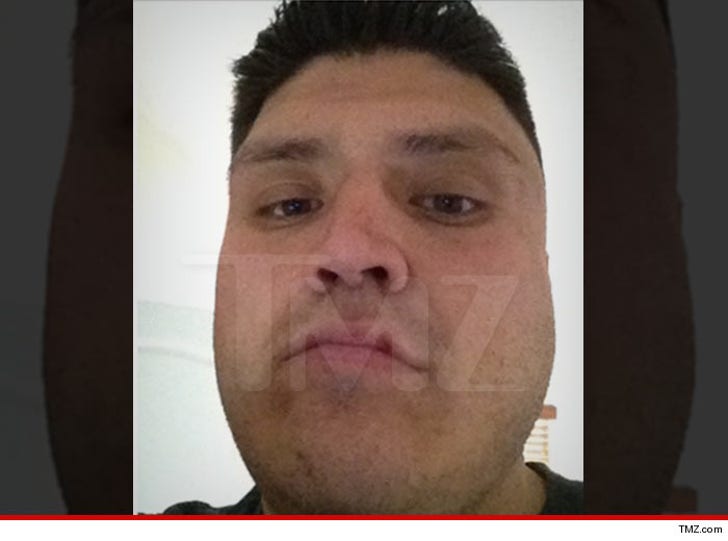 A man claiming to be 50 Cent's jeweler left Floyd Mayweather Jr.'s gym looking like he'd gone a few rounds with the champ -- but he says it was 50's goons who pistol whipped him and left swollen and bruised.

TMZ obtained pics of Robin Marin's brutal injuries ... and the jeweler says he's still traumatized. His lip was busted, his face puffy ... and there's a nasty scar on his neck where a gold and diamond chain used to be.

We broke the story -- Marin claims 50's crew attacked him and stole $250k worth of jewelry after taking him to Mayweather's Las Vegas gym ... the night before the Pacquiao fight.

Marin says he's been feeling some lower back pain and went to a doctor, but there were no apparent internal injuries. Externally ... the dude's messed up.

50 Cent denies any involvement in the alleged attack. 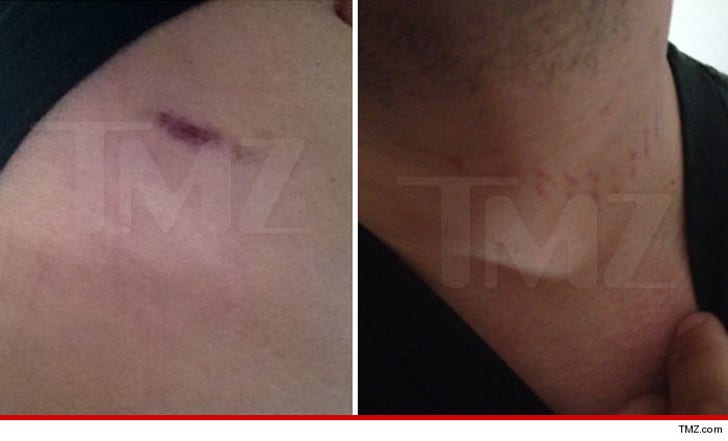