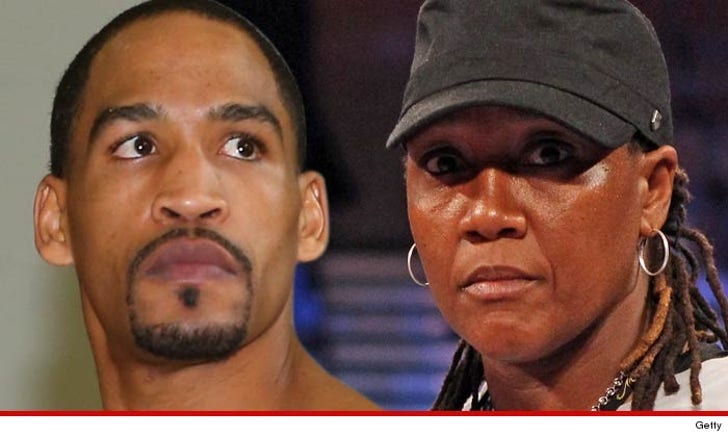 James Kirkland was simply not prepared to step in the ring with a fighter like Canelo Alvarez ... so says his legendary ex-trainer Ann Wolfe who tells TMZ Sports he took the fight way too soon.

Kirkland was KNOCKED THE HELL OUT in the 3rd round of his fight with Alvarez this weekend ... after parting ways with Wolfe (his longtime trainer) earlier this year.

Wolfe tells us ... Kirkland's first mistake was taking such a HUGE fight after a taking nearly a 17 MONTH hiatus from pro bouts.

"He would have needed to have at least 3 'warm up fights' before stepping in the ring with Alvarez."

Wolfe says she has NO BAD BLOOD toward Kirkland ... and although they didn't speak after the fight, she called James' mother afterward to make sure he was OK.

Wolfe says she doesn't really understand why Kirkland didn't bring her back as a trainer for the Canelo fight ... but says, "He will have to live with his decision."