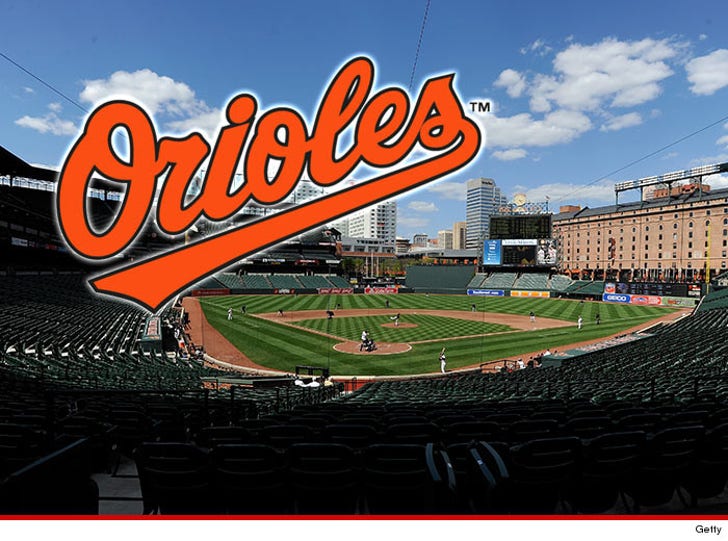 Good news for the concession stand employees at Camden Yards ... the Baltimore Orioles are PAYING EVERYONE for the games that were canceled due to the Baltimore riots.

As we previously reported ... SIX GAMES were either rescheduled or moved do the civil unrest surrounding the stadium in the wake of the death of Freddy Grey, who fell into a coma while in police custody and later died.

It was a big deal for concession stand employees -- many of whom were counting on the paychecks.

Now, the Orioles have posted signs around the stadium saying, "Due to the extraordinary circumstances that led to several cancelled or reschedule games, the Orioles organization will compensate all hourly employees for hours that would have been ordinarily worked the week of April 27." 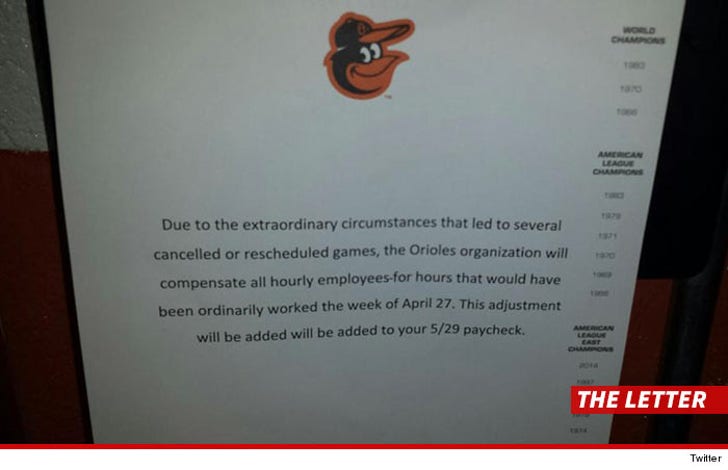