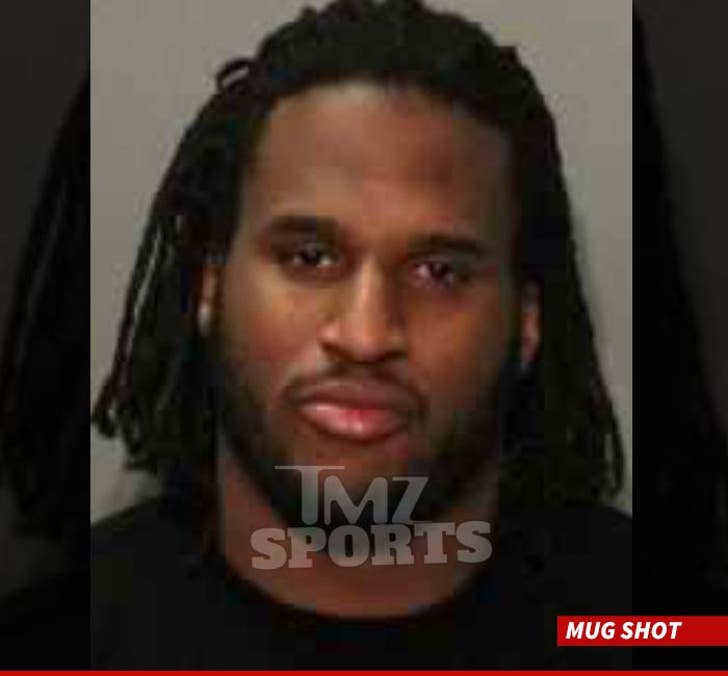 Ray McDonald's latest arrest came after an early morning dispute at his home with a woman who was holding a baby ... according to Santa Clara PD.

TMZ Sports obtained McDonald's mug shot ... taken after police responded to his Santa Clara home around 3:45 AM Monday. Officers say McDonald struck the unidentified woman while the infant was in her arms ... and then fled to another house in nearby San Jose.

Cops tracked him down at the home -- reportedly belonging to 49ers star Justin Smith -- and arrested him for misdemeanor domestic violence and child endangerment. Police are not releasing the victim's name.

It's worth noting -- McDonald and his ex-fiancee had a baby in March. That's the same woman who accused him of domestic violence last summer. The defensive lineman was arrested, but the D.A. did not press charges because she refused to cooperate with his prosecution.

Meanwhile, the Chicago Bears wasted no time cutting McDonald ... who had inked a 1-year deal back in March. GM Ryan Pace said, "We were very clear what our expectations were," and he did not meet them.