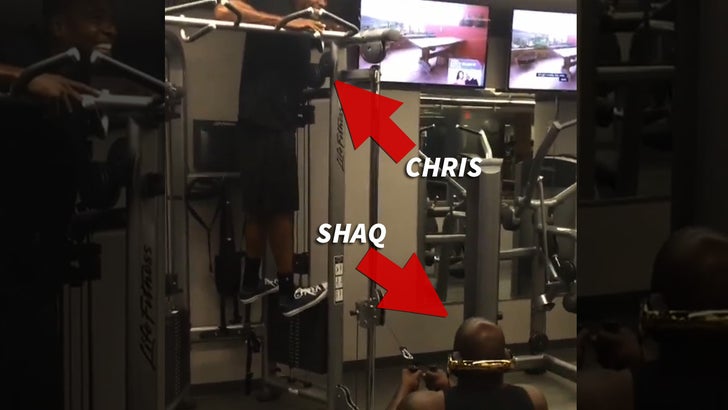 More proof Shaq is really REALLY strong ... he just did a full set of seated rows at the gym using all of the weight on the machine .... PLUS AN ENTIRE CHRIS WEBBER.

The two former NBA stars and current TNT employees hit the gym together in Cleveland ... where Shaq decided to show off a little bit.

Check out the clip ... Shaq says he's going to lift C-Webb "instead of take shots" -- which could be a reference to the drama involving Webber and his old Fab Five teammates.

FYI -- Webber has been going back and forth with Jalen Rose stemming from a rift over a documentary about their legendary college hoops days at Michigan. Maybe Shaq was suggesting they worked it out already.

And if not ... it's still a pretty incredible feat of strength -- Chris reportedly weighs about 245 pounds. 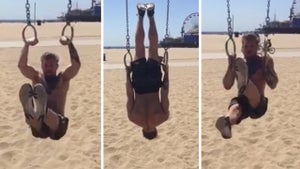 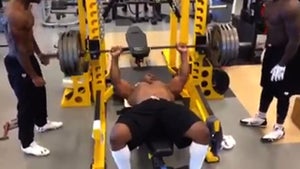