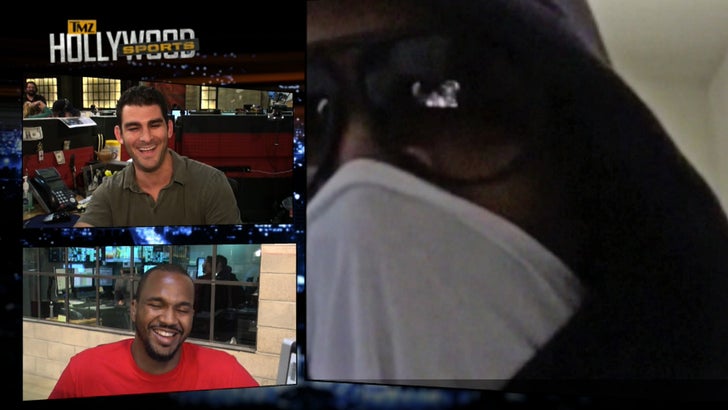 Lil B is DOUBLING DOWN on his threat to curse LeBron James ... claiming the King is in "big, big trouble" for stealing B's famous dance move.

Lil B appeared on "TMZ Hollywood Sports" today (from an undisclosed location) and told us he appreciates Iman Shumpert's olive branch ... but the Cavs aren't off the hook yet.

As we previously reported, B's upset the team used his famous "cookin' dance" in a post-game celebration last night ... and didn't give him the proper credit.

Now, B's got demands if the team wants to escape the curse before the NBA Finals.

Make sure to watch "TMZ Hollywood Sports" weeknights on Reelz.