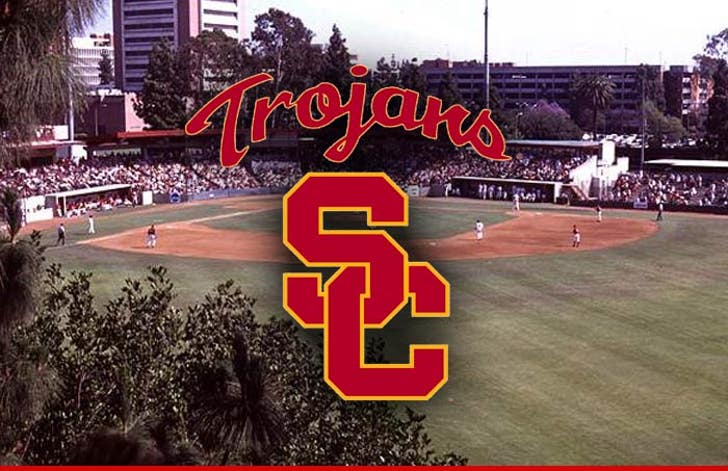 The University of Southern California is standing behind one of their baseball players who was sued by a woman in a sex tape lawsuit ... TMZ Sports has learned.

The accuser -- a former USC student -- filed a lawsuit against Vahn Bozoian, Sean Adler and Marc Huberman ... claiming they all had a hand in recording and distributing a sex tape that was recorded without her knowledge.

In the suit, the woman claims the footage -- which featured her having sex with Bozoian -- was screened for the USC baseball team and other students in March 2013 ... and it ruined her life.

The woman claims Adler is the one who secretly recorded the video, in cahoots with Bozoian. She claims Adler then sent the footage to Huberman.

Bozoian and Adler have since been kicked off the baseball team -- and Bozoian has since left the school.

As far as Huberman goes ... a high level USC source tells us, "We investigated. The case involves 3 people. There's a reason 2 of them are not on the baseball team anymore."

We asked if USC believes Huberman did anything improper -- to which the source told us, "There's a reason he's the only one on the team."