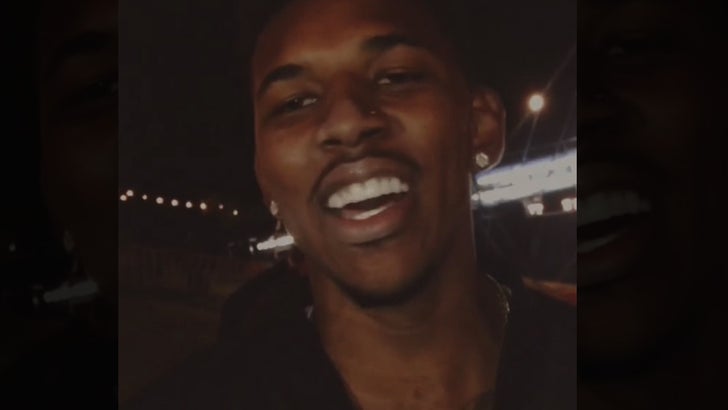 Nick Young's days of raging and having fun are over ... 'cause now that he's engaged to be married, Swaggy says he's trading in the fast life -- for bingo.

Moments after he proposed to Iggy Azalea, Young shot a video talking about what his life is going to be like after trying the knot.

Moments later, one of Nick's friends poured out some liquor for Nick -- saying, "To my dead homie."