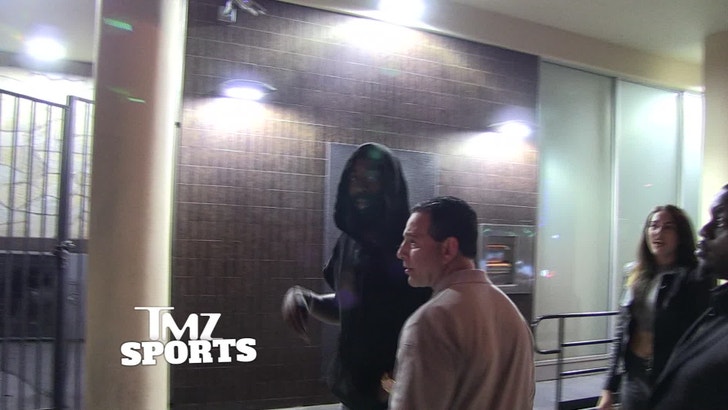 Houston Rockets superstar James Harden says there's no way he STOLE his famous cooking dance celebration from rapper Lil B ... 'cause he has NO IDEA who Lil B is.

Harden was back home in L.A. Tuesday night -- hangin' at 1 OAK nightclub with fellow NBA star Ty Lawson -- when we asked him about the "Based God Curse" that seemed to lead to the Rockets demise.

FYI -- Lil B says HE created the cooking dance and put a curse on Harden because the NBA star didn't give him proper credit.

Check out the clip -- Harden says Lil B's way off base, claiming he couldn't have jacked the move ... from someone he's never even heard of.