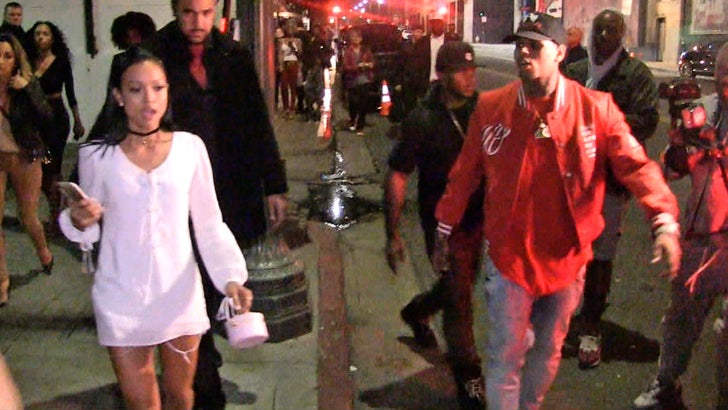 A love child won't stand in the way of burning love ... at least not for Chris Brown who made sure he left the club WITH Karrueche Tran -- but it looks like her friends weren't down with it.

CB rolled up to Playhouse Thursday night in a sick new Lambo ... Karrueche showed a short time later. It seemed she was there because her BFF Christina Milian was the host for the night ... something Chris clearly knew.

Apparently Chris performed a magic show inside -- because he and Karrueche left together in the same SUV, leaving the Lambo behind. But pay close attention to the end of the video. One of KT's friends asks Chris to stay out of their SUV, but he tells her ... "Move to the back" ... and hops in anyway.

A second angle (below) shows that Chris ended up squeezing on to the same seat as Karrueche.

So, the question is -- did she WANT him to get in, and if NOT ... why didn't SHE get out? You'll recall ... Karrueche said she was done with Chris for good when baby Royalty hit the scene.

He should give seminars. 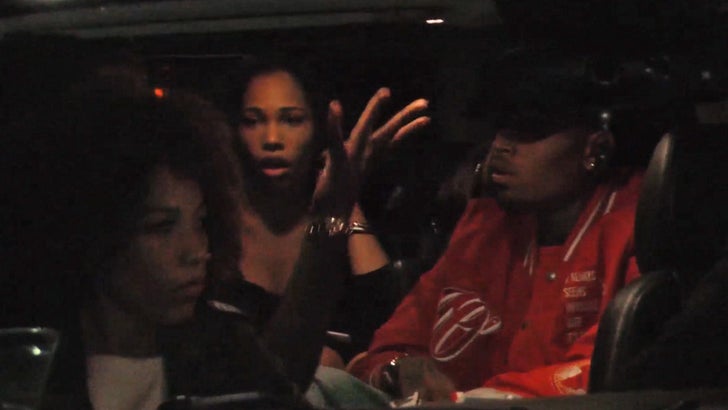 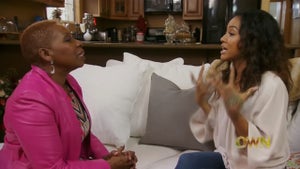