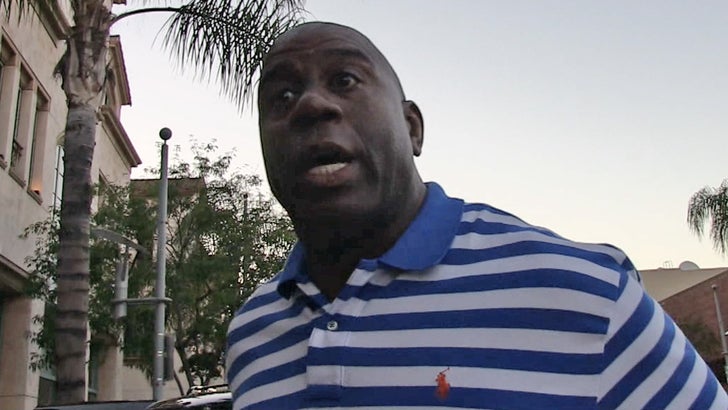 He was the target of some of Donald Sterling's most racist and disgusting comments -- but Magic Johnson says he's forgiven the former Clippers owner ... telling TMZ Sports, "I don't keep grudges."

Not only did Sterling single Johnson out in his racist rant to V. Stiviano and order her not to be seen with Magic or any black people at Clipper games ... but he went on to say he's a terrible role model because he has HIV.

Johnson handled the whole thing with crazy amounts of class at the time -- but now that a year has passed ... we wanted to know how he feels about Sterling now .

Check out the clip ... it's another example of why Magic is one of the most greatest of all time.