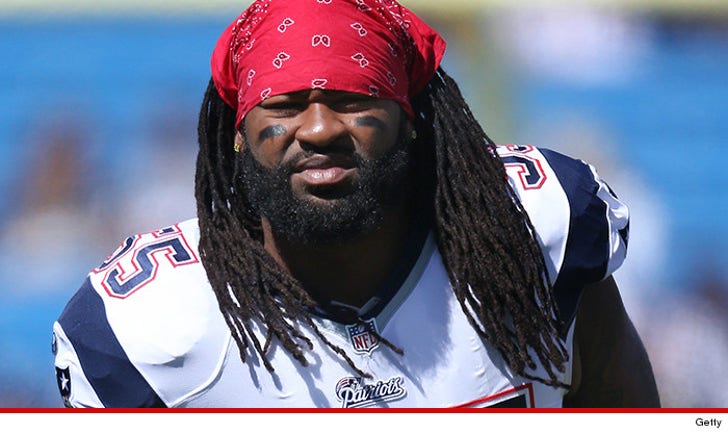 Ex-New England Patriots linebacker Brandon Spikes has pled GUILTY in his hit and run case stemming from a June crash in his Maybach ... but he won't do one single minute behind bars.

Instead, Spikes has been ordered to pay more than $2k in fines and his driver's license has been suspended for one year.

As we previously reported, cops found Brandon's expensive Maybach on the side of the interstate in Foxboro, Mass. on June 7. At first, Spikes said he hit a deer, but was lying. Instead, he smashed into the back of an SUV -- leaving 3 people with minor injuries, including a 12-year-old girl.

Spikes was initially charged with leaving the scene of a personal injury crash, negligent driving, speeding and failure to stay in his lane.

But he struck a plea deal, and got probation for one year. His driver's license was suspended and he's been ordered to complete a safe driving course.

Spikes was released by the Pats following the crash. So far, no other team has picked him up.