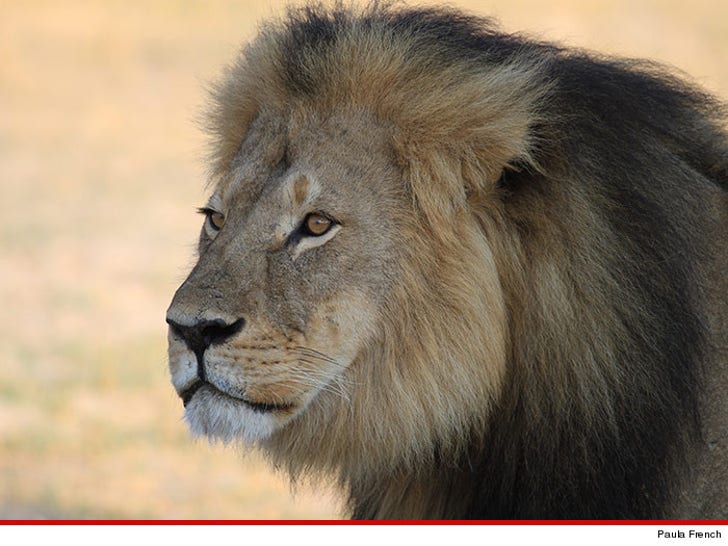 Cecil the Lion did not die in vain ... his remains will be used for an anti-poaching memorial in Zimbabwe ... TMZ has learned.

Johnny Rodrigues from the Zimbabwe Conservation Task Force tells us the headless corpse of Cecil is still out in the sun ... so vultures and other carnivores can eat the flesh in circle of life fashion.

We're told after the meat is gone ... Cecil's bones will be used to create an anti-poaching memorial in the Hwange National Park, to educate people on the beauty of the beast and the harm that comes from killing them.

Johnny says the plan is for Cecil's head and skin ... which have been confiscated for the criminal investigation ... to become part of the memorial. 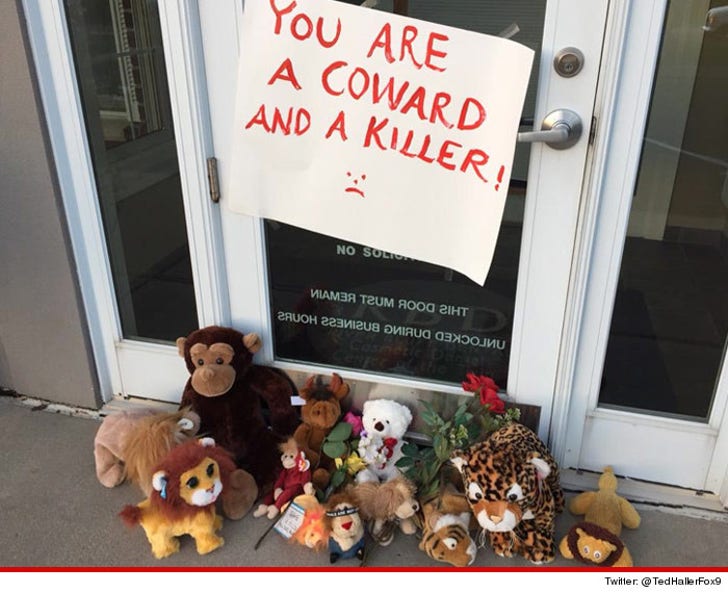 Tributes are not confined to Zimbabwe ... the killer dentist's office in Minnesota has been turned into a makeshift memorial. 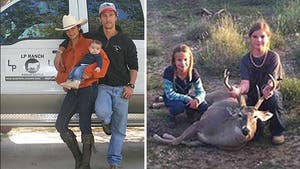 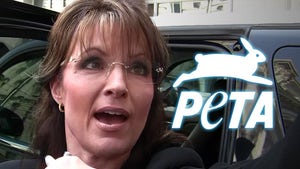 Sarah Palin -- Trig Stood on Our Dog ... But At Least He Didn't Eat It 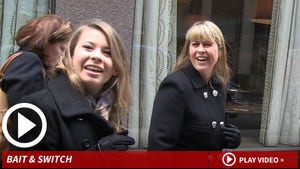