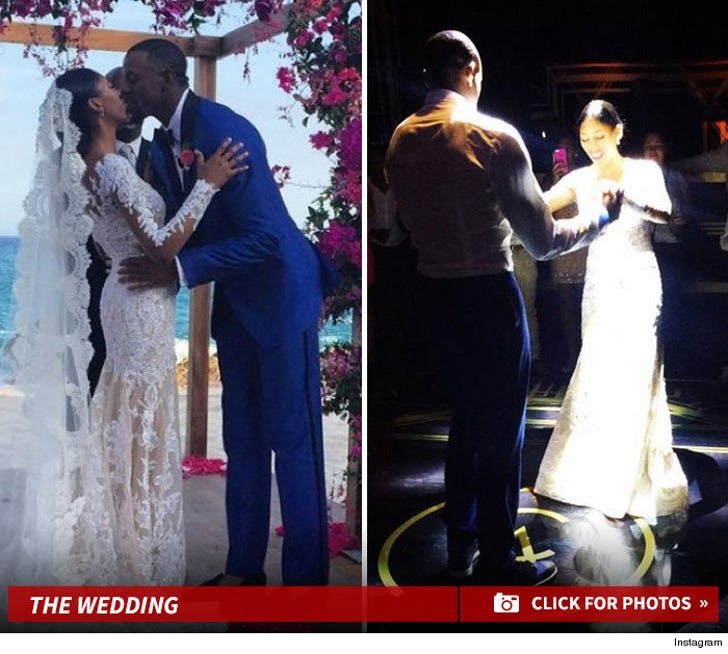 Andre Iguodala wanted to have an NBA Championship reunion ... so, he went ahead and got married down in Mexico -- along with a bunch of his teammates ... and his wife too.

Iguodala tied the knot with Christina Gutierrez in Cabo over the weekend -- and they could've had one helluva pick-up game during the reception. Andre's Golden State Warriors pals Steph Curry and Klay Thompson were there ... along with Rudy Gay and several other hoops stars.

Talk about crushing a summer -- NBA title, Finals MVP, and then getting hitched to his childhood sweetheart.

Check out the gallery full of the kinda talent Phil Jackson dreams of getting into Knicks unis.