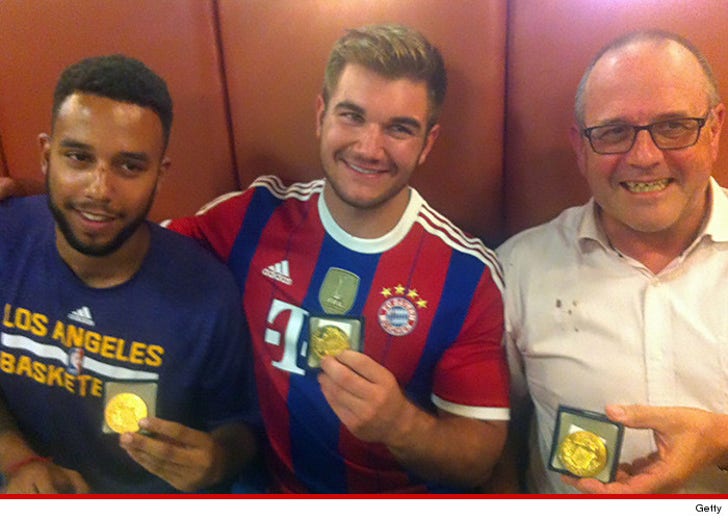 The American heroes who overpowered and subdued a terrorist on a train in France are huge sports fans -- and one of the heroes was rocking a Los Angeles Lakers shirt during the ordeal.

Three Americans and a British man tackled and beat up a terrorist on the Paris-bound train -- a terrorist armed with rifles and knives, intending to kill scores of passengers.

Check out the pic of Anthony Sadler, a California native who was decked out in Lakers gear when he sprung into action.

One of his fellow heroes, Alek Skarlatos a member of The National Guard from Oregon was wearing an FC Bayern jersey. The third American hero, Spencer Stone, is a member of the US Air Force. 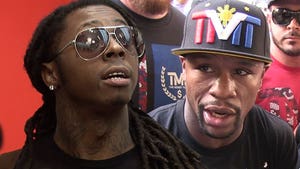 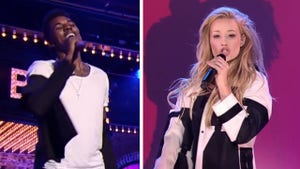 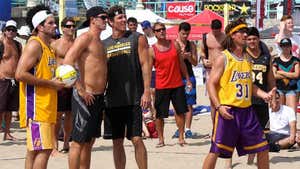