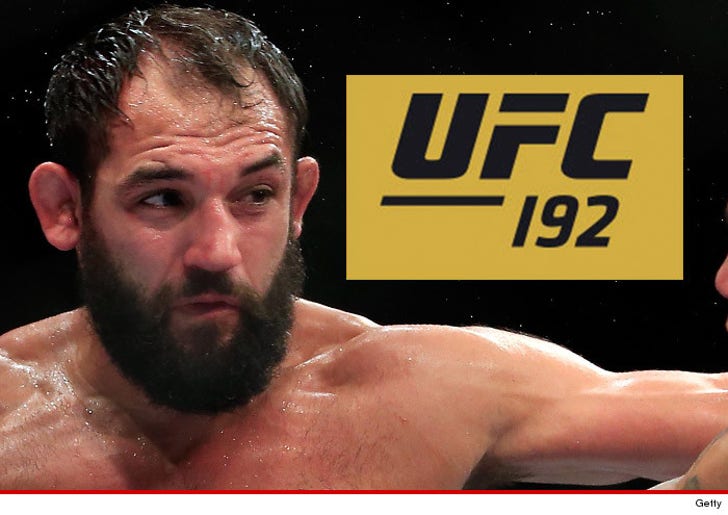 MMA star Johny Hendricks will not be fighting in UFC 192 on Saturday after being rushed to the hospital for intestinal blockage and kidney stones stemming ... so says Johny's manager.

Hendricks was scheduled to put his welterwight championship on the line against Tyron Woodley tomorrow night, but ran into huge medical issues while attempting to cut weight Thursday night.

According to his manager Ted Ehrhardt, Johny was in bad shape -- he needed to be given an IV and kidney stones were detected during his trip to the emergency room.

In fact, Hendricks told MMAFighting.com ... "The weight was coming off fine and then yesterday my body just started to shut down. When it hit that point, I tried to push through it, and well, it didn't go well because then I had to go to the ER."

Hendricks -- who is out of the hospital now -- says his body is "hurting and sore" from the entire ordeal.