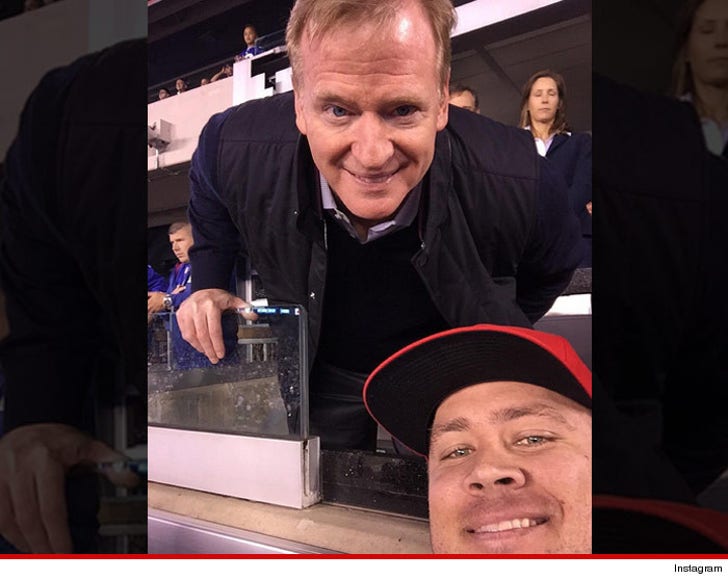 See, people still like Roger Goodell ... especially in New York, where the NFL commissioner snapped selfies with fans at the big Giants vs. 49ers game.

We spoke with Torrey O'Brien -- who was sitting near Goodell's box last night when he called Roger over and asked for a pic. Goodell obliged ... and according to Torrey, he couldn't have been nicer.

"Totally nice guy ... very nice to everyone. He shook hands with people and signed autographs."

We're told Goodell also spent some time talking with Eli Manning's family ... the only guy who's ever really been able to beat Tom Brady on the big stage.