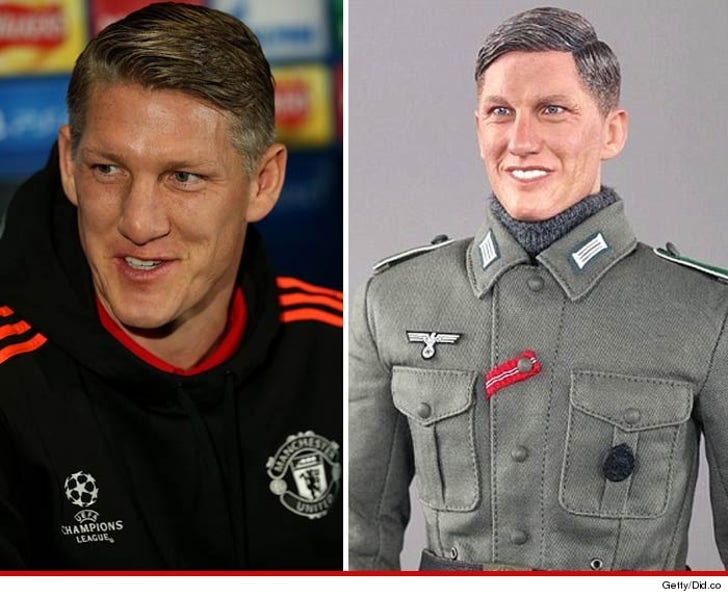 A German soccer superstar is declaring war on a Chinese toy company -- claiming they ripped off his name and image to make a Nazi action figure ... but wait'll you hear the company's defense.

The man at the center of the controversy is Manchester United player Bastian Schweinsteiger -- who played on Team Germany's World Cup team last year ... he's a big deal.

He also looks A LOT like the WWII German Army Supply Duty toy named "Bastian" that's being hawked by Chinese toy company DiD. 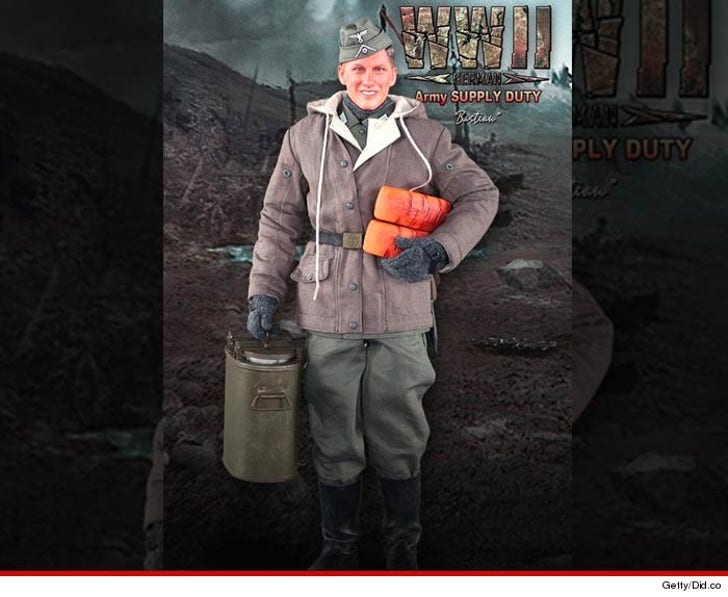 Well, Bastian doesn't feel like imitation is the sincerest form of flattery ... when Hitler's involved ... so he's preparing to sue the company.

But a rep for DiD says it's all one big misunderstanding -- "We think that all Germans look like that. Bastian is also a very common name in Germany.”

The DiD rep added, "It is a complete coincidence that the figure ‘Bastian’ looks like Schweinsteiger." 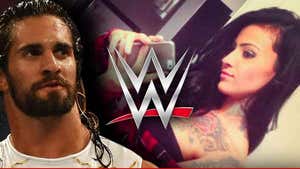 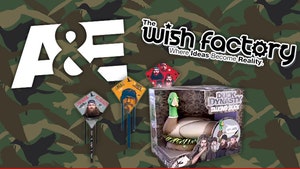 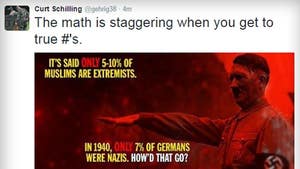 You Might Want to Rethink CELEBRITY JUSTICE ™ TMZ Sports Soccer