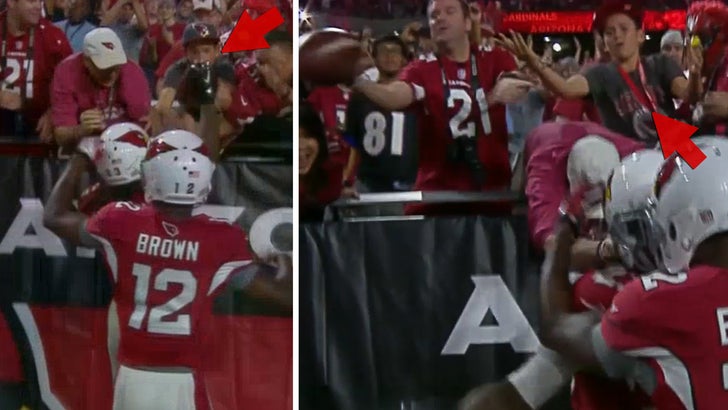 More good news for the kid who got his souvenir ball jacked at the Cards vs. Ravens game ... he already got a new ball and a tour of the field ... and now he's got the chance to meet Chris Johnson!!

This all started when Chris gave 12-year-old Easton Wiggins the ball from his 1st quarter TD Monday night ... some jerk snatched the rock away, turning a dope moment into a total bummer.

Enter Montel Williams (the famous talk show host) who heard about the whole thing via Twitter and used his social media klout to bring the issue to the Cardinals organization ... which got Easton a new ball, and a post game field pass.

But they ain't stopping there ... we spoke with Cards VP of Media Relations Mark Dalton and he says they want to do EVEN MORE for Easton ... including allowing him to come to a practice and meet CJ2k in the flesh!!

“We would be happy to find a way to connect the two parties, Montel and Easton as well as Chris Johnson. Whether it’s coming to a game or practice, whatever is possible."

"Here he was, trying to do something really nice for the young fan and then all this unfortunately happened. When it’s all said and done, Easton ended up better off than if he would’ve just gotten the original touchdown ball." 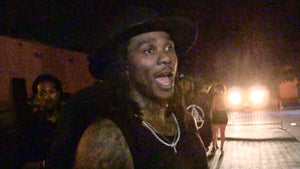 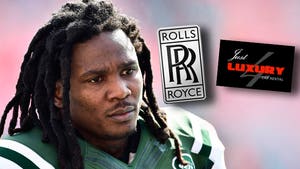 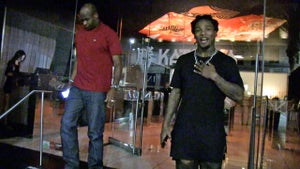