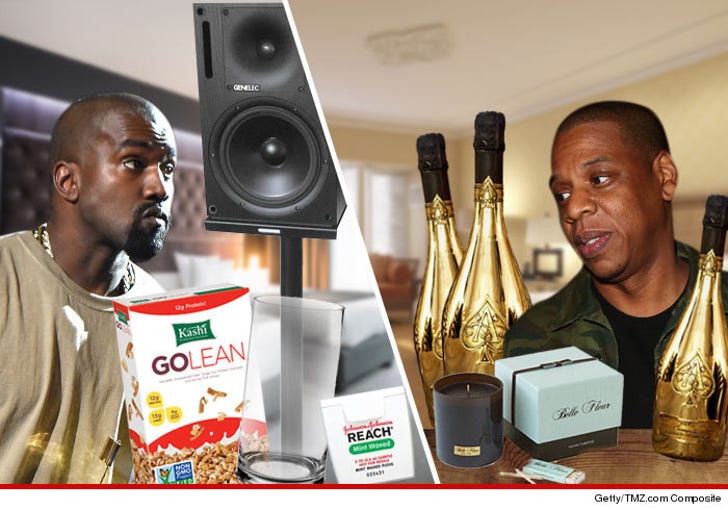 Kanye and Jay Z are arguably two of the most talented rappers in the game ... but they're also the neediest -- at least, according to the laundry list of their hotel concert demands.

Jay has two no-no's for staff: 1) No vacuuming near his room 2) Don't ask for concert tickets if you want to "avoid embarrassment."

Kanye has specific geometric preferences. Vases must be cylindrical. He also requires staff to hunt down a Genelecs 1031a speaker ... which was discontinued a decade ago. He likes his floss minty, his cereal Kashi Go Lean and his towels black.

Kanye has a grocery list ... 13 bottles totaling around $3,200, including 3 bottles of Paradis Hennessy.

Jay Z is more chill in the liquor dept. ... just Ace of Spades champagne. But here's the rub ... the contract says he cannot be charged, since he owns the company.

Kanye has no provides for Nori. But Jay has lots of Blue Ivy demands. For starters, the entire suite must be childproofed with all corners, sharp edges, and electrical outlets all covered, and statues, lamps, and breakable objects removed. Oh, Blue only drinks organic whole milk. 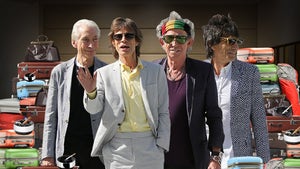 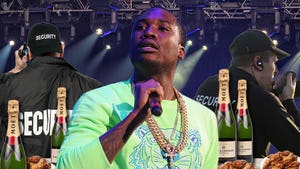 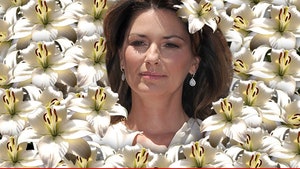 Shania Twain -- Nothing Impresses Me Much ... On Tour