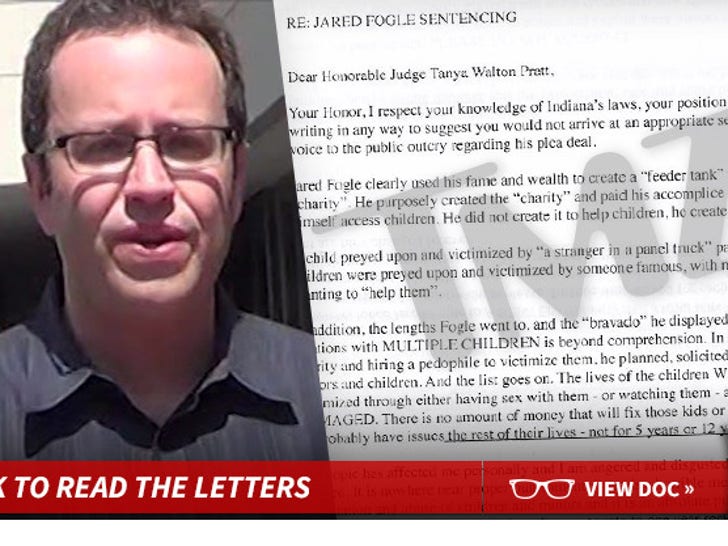 Jared Fogle and his plea deal have triggered outrage by common citizens who are writing to the judge, asking her to lock him up and throw away the key.

Judge Tanya Pratt has been getting letters, some obtained by TMZ, expressing indignation over the 5 to 12 year sentencing range.

One woman complained Jared used his wealth and charity to lure underage kids into having sex with him, making him worse than "a stranger in a panel truck."

Another person complained her son got 10 years for texting a minor and trying to meet up ... a meeting that was never even consummated because of an FBI sting. 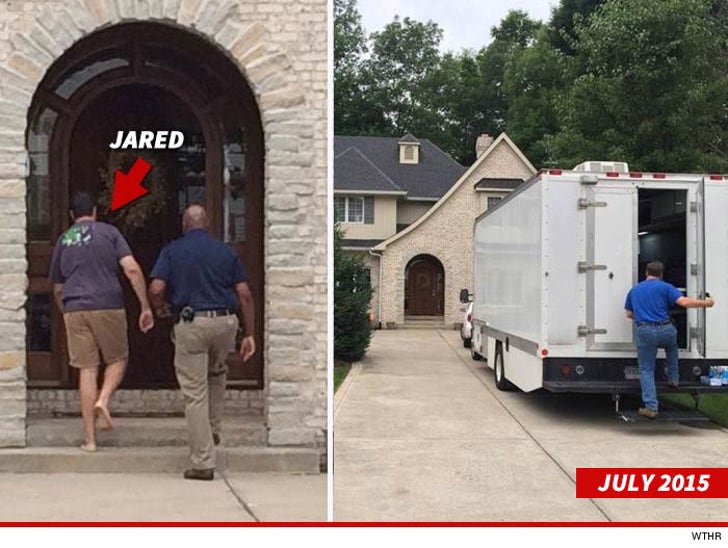 The sentiment from people writing in is clear ... if the punishment fits the crime, Jared should get life.

One person is slightly more forgiving, recommending 50 years, writing, "many children who are victims of sexual crimes commit suicide, do drugs or victimize other children."

Pratt will make a decision on Fogle's fate later this month. 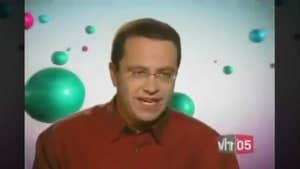