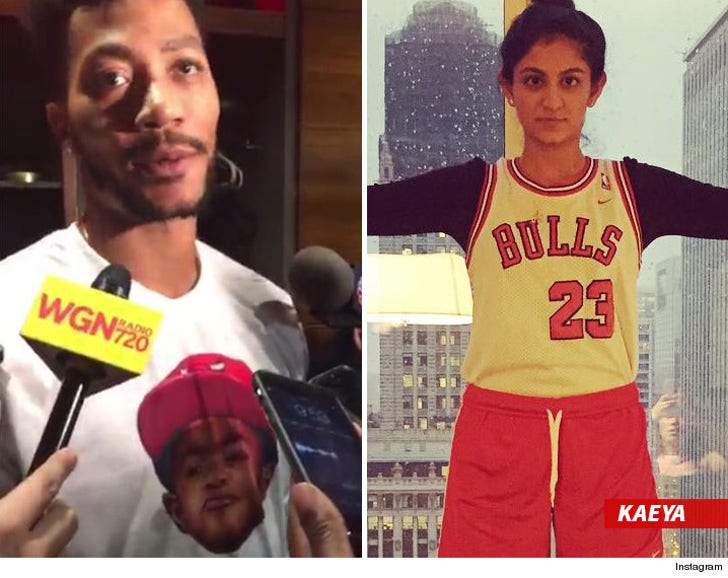 A former "Shark Tank" contestant closed a BRAND NEW DEAL -- but it wasn't with Mark or Lori or Mr. Wonderful -- she made it happen with NBA superstar Derrick Rose.

The entrepreneur is Kaeya Majmundar -- who appeared on the show last year with a collapsible "BZbox" and scored herself a deal with Lori Greiner.

But that was then ... now she's onto designing shirts -- and recently approached Derrick Rose about a design that featured his son's face right on the front. 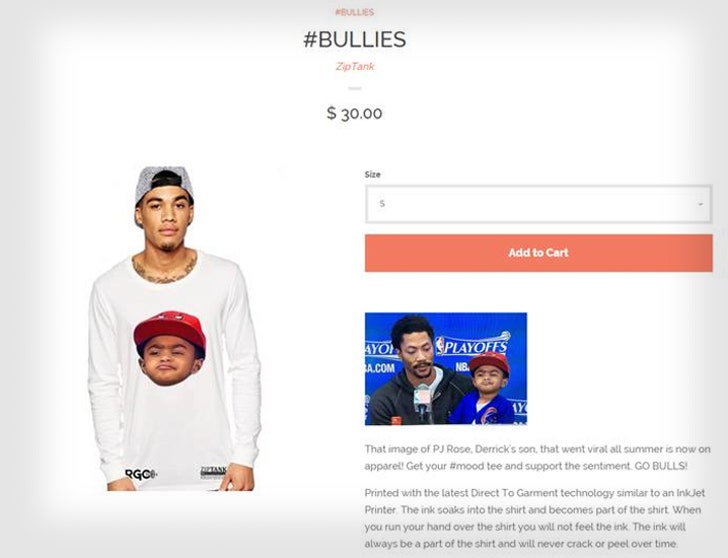 "I graduated from college 3 months ago. So I moved from Atlanta, back to Chicago. I knew there were well-known people who lived in my residence building, so I started hanging out in the lobby from like 1 to 3 everyday. I met Derrick, and we became friends."

Kaeya says she noticed that Rose's son P.J. made a face during a post-game press conference that became a viral Internet meme ... so, she put it on a shirt and asked Rose and P.J.'s mom Mieka Reese if she could sell it.

Turns out, he was all about it ... and even rocked the shirt Thursday night after the Bulls defeated the Thunder. Kaeya says business immediately exploded.

"We got a 300 percent spike immediately. I got a crazy amount of orders ... This is bigger than the 'Shark Tank' effect. We told Derrick and he was very happy."

BTW, Kaeya says her bigger plan is to expand another line of shirts she invented that can be used as carrying bags ... 'cause you know how entrepreneurs be. 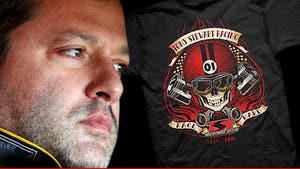 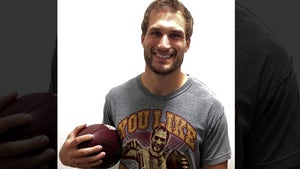 Kirk Cousins Hawking 'You Like That!?' Shirts ... For Charity