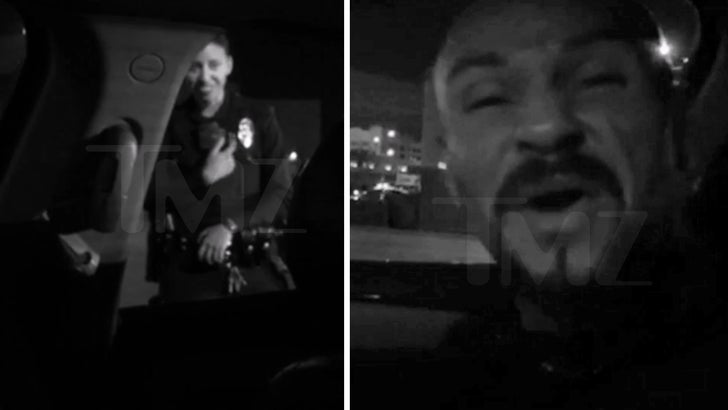 One of the stars of "Cholos Try Vegan Food" got a taste of celebrity early Tuesday morning when he was stopped by a cop who recognized him and sent him on his merry way.

Fabian Alomar was heading home from the Staples Center when cops pulled him and a female friend over for a blown out headlight. Fabian says he was expecting the worst after cops ordered them to put their hands up.

Fabian almost blew it by pulling the "Do you know who I am?" card with the first cop, who was not impressed. But the second cop was a Latina who saw the video, and she was clearly impressed and ultimately let him go with a warning to get his light fixed.

Fact is ... cops have discretion and often don't write motorists up with blown out lights, but when you watch the video Fabian's newfound fame clearly didn't hurt.

If you haven't seen it, the video is HILARIOUS .... the Cholos mistake kale chips for bud and kombucha for a tribe of ancient warriors. 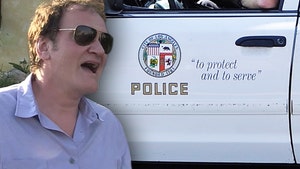 LAPD to Quentin Tarantino -- We Have Your Back ... Even If You Don't Have Ours 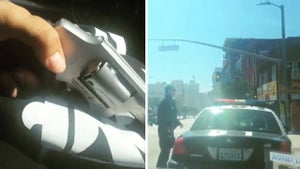