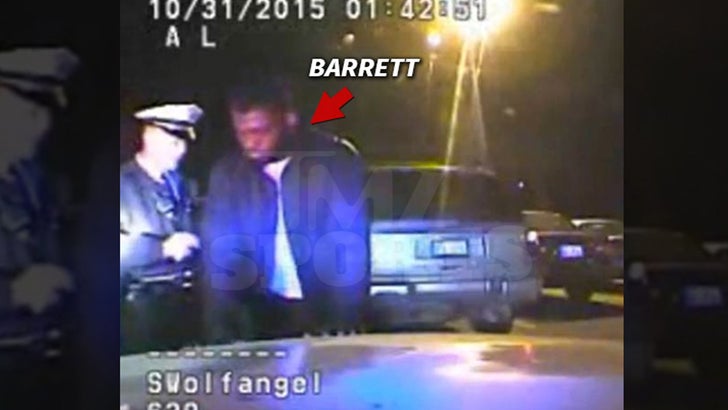 Ohio State QB J.T. Barrett tried to go the Reese Witherspoon route during his drunk driving arrest -- asking the officer for special treatment because, "I'm the quarterback of Ohio State!"

TMZ Sports obtained the dash cam footage from the October 31 incident -- in which you can clearly see Barrett's SUV pull out of a line for an upcoming DUI checkpoint ... catching the attention of an officer who pulled him over.

During the stop, the officer says he could smell booze on Barrett's breath -- though J.T. insists he had NOTHING to drink that night.

Barrett is given several field sobriety tests -- and does fairly well -- but the cop is not convinced he's 100% sober and arrests him.

That's when Barrett plays the "don't you know who I am?" card ... saying, "I'm the quarterback of Ohio State ... officer, there's nothing you can do?"

The officer responds, "My intention is to not take you to jail. That's about the best I can do for you."

Once Barrett sits in the backseat of the cruiser, he begins to scream obscenities to himself ... "F**K!!! F**K!!!"

Eventually, he tells cops that fellow OSU quarterback Cardale Jones will be picking him up ... and the officers find that amusing.

Earlier this week, Barrett pled guilty to operating a vehicle under the influence and his license was suspended for 180 days. 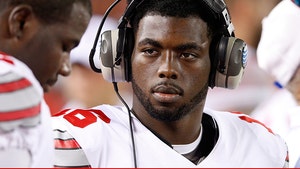