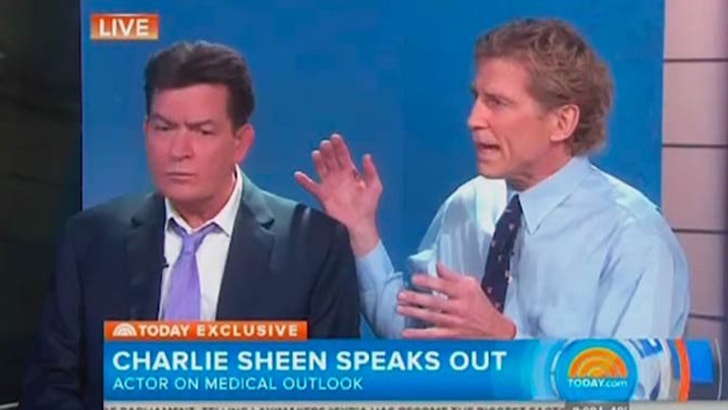 The doctor treating Charlie Sheen for HIV is almost as famous as Charlie -- appearing on TONS of TV shows (including "The Biggest Loser") ... and shook up the NFL as a doctor for the L.A. Raiders.

His name is Dr. Robert Huizenga -- who took care of the Raiders from '83 to '91 ... and wrote a book about his experience with the team which was eventually adapted into the Oliver Stone flick, "Any Given Sunday."

Huizenga went on to star as a weight loss doctor on "The Biggest Loser" for 14 seasons -- while appearing as a medical expert on other shows like "Extreme Makeover," "American Gladiators" and "Dance Your Ass Off."

There's also an O.J. Simpson connection -- Huizenga testified for the defense during O.J.'s murder trial ... claiming he treated Simpson hours before the Bronco chase and had tested him for steroids after the murders.

As for his actual medical credentials -- dude graduated from Harvard medical school.

Huizenga says he's been treating Sheen for 5 or 6 years -- and insists Sheen's HIV is virtually undetectable after putting Sheen on a barrage of medication.