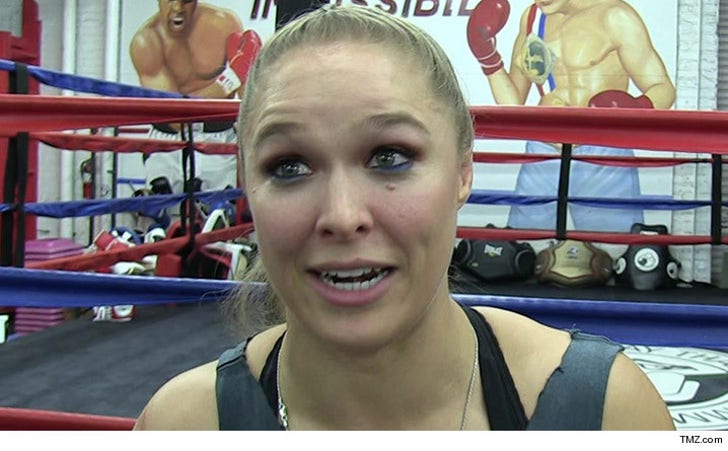 We spoke with a rep for MGM ... the production company behind the movie ... who tells us, despite the crushing loss to Holly Holm, there has NOT been any talks about replacing Ronda as the star of the flick.

It's a big vote of confidence for Rousey ... with some believing that after her loss to Holm ... and a downright sad return to L.A. Tuesday ... she may have lost some of the badassness required to carry such a huge action movie.

"Road House" is set for release in 2016 ... we can think of a pretty good villain if they're still casting.