It ain't Ali ... it's not Sugar Ray Robinson either ... the greatest boxer of ALL TIME is Floyd Mayweather -- according to Holly Holm.

The UFC champ was leaving the Canelo vs. Cotto fight in Vegas this weekend when FightHype.com asked her about her run-in with Floyd at the Clippers game last week.

"It was awesome," Holm said ... before calling Mayweather the G.O.A.T. -- "He's the only that's ever been able to do it undefeated."

Not entirely true ... Rocky Marciano finished his career 49-0 -- the same record as Floyd. 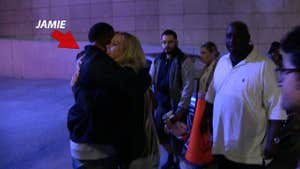 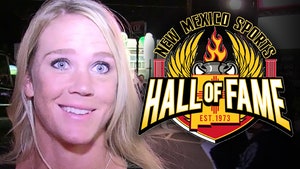