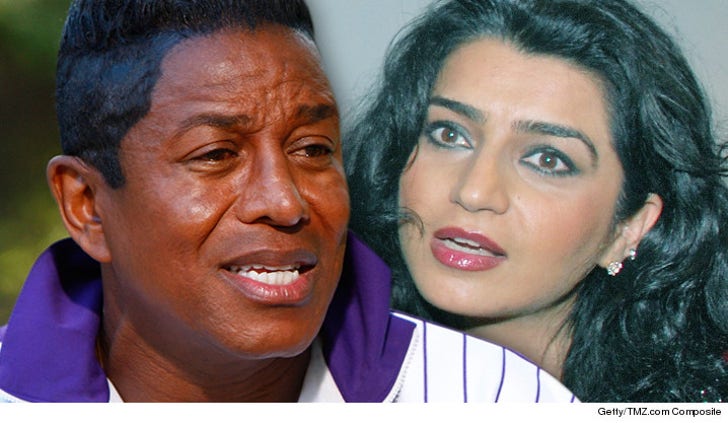 Jermaine Jackson's wife was arrested for domestic violence after the couple had a dispute over the holiday weekend ... TMZ has learned.

Halima Rashid was arrested on Saturday evening at their home in Woodland Hills, CA. Law enforcement sources tell us she was booked for felony corporal injury on a spouse.

38-year-old Halima was only in jail for about 5 hours before getting released on $50,000 bail.

It's unclear what sparked the fight, but sources connected to the couple tell us it got so nasty ... Halima bit Jermaine's leg. We're told he called cops.

They've been married since 2004, and don't have any kids together.