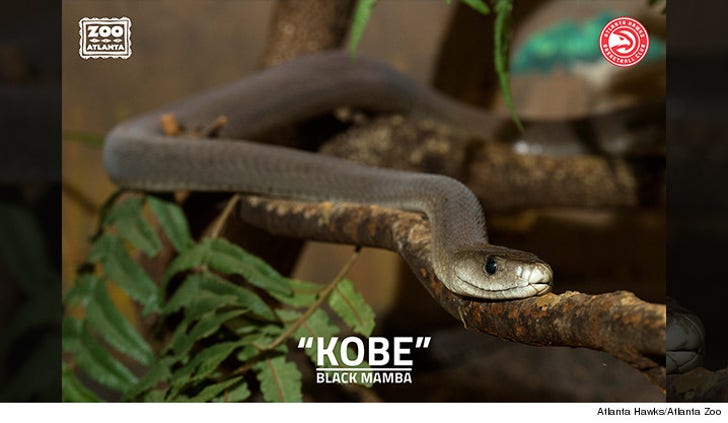 With the Kobe Bryant goodbye tour in full swing -- the Atlanta Hawks just hooked up a pretty sick retirement gift ... they're naming a REAL black mamba after the Black Mamba.

With the Hawks playing the Lakers on Friday night, the squad announced it teamed up with Zoo Atlanta to pay tribute to Kobe by naming a real live snake "Kobe" after the NBA star.

The zoo even issued a statement saying ... "Mr. Bryant is a legend on the court, and the black mamba is a legend in the wild."

The bad news ... we're told the snake will NOT travel to the game because it's not allowed to travel.

Might be something to do with that whole deadly venomous poison thing. 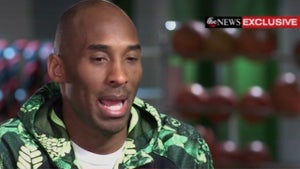 Kobe Bryant -- I Could Beat Jordan