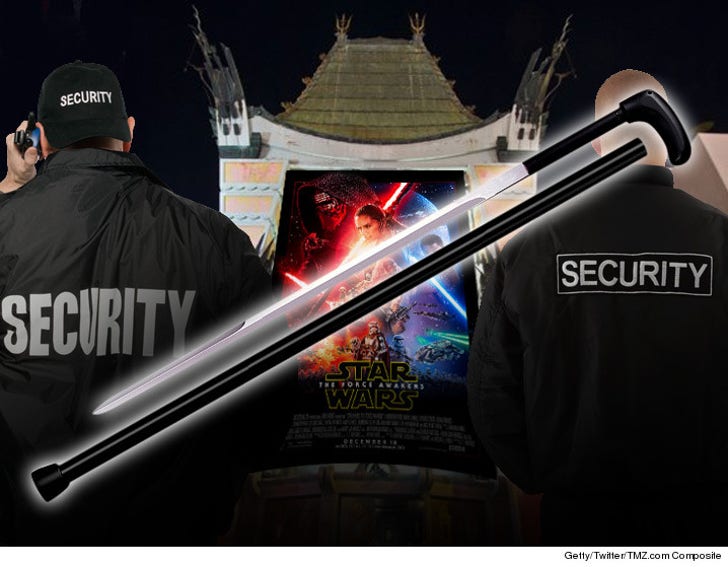 The giant "Stars Wars: The Force Awakens" premiere drew tons of overzealous fans, and a few of them got hauled off in cuffs for everything from criminal corniness to dangerous weapons.

One guy was busted as he jumped over a crowd control barrier and yelled ... "You're going after the wrong droids!" Cops were not impressed with his display of 'New Hope' trivia -- he got arrested for trespassing.

Another guy with fake credentials was also busted for trespassing, but the event's most threatening arrest went to an inconspicuous 40-year-old man with a cane.

Law enforcement sources tell us the guy's cane set off a metal detector. When cops took a closer look and pulled it apart, they found a 14-inch blade inside! He was booked for carrying a concealed weapon ... a felony in any galaxy. 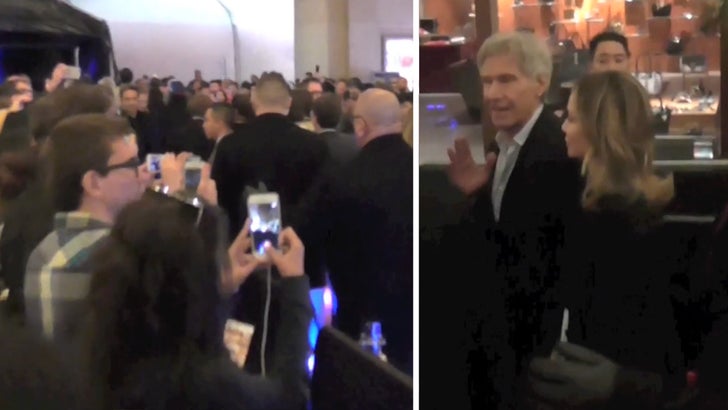 Fortunately for Harrison Ford and Calista Flockhart, most fans were NOT whack jobs. Just umm ... enthusiastic. 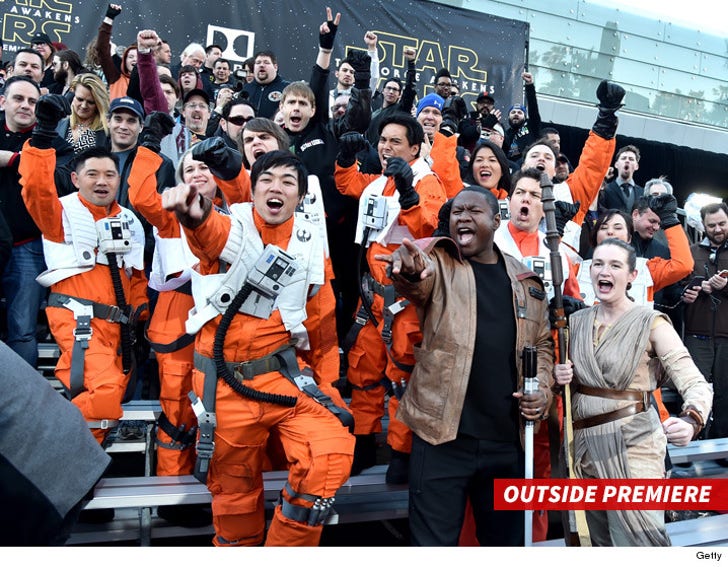 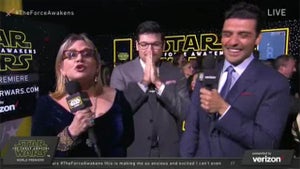 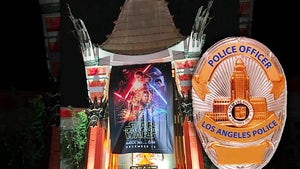