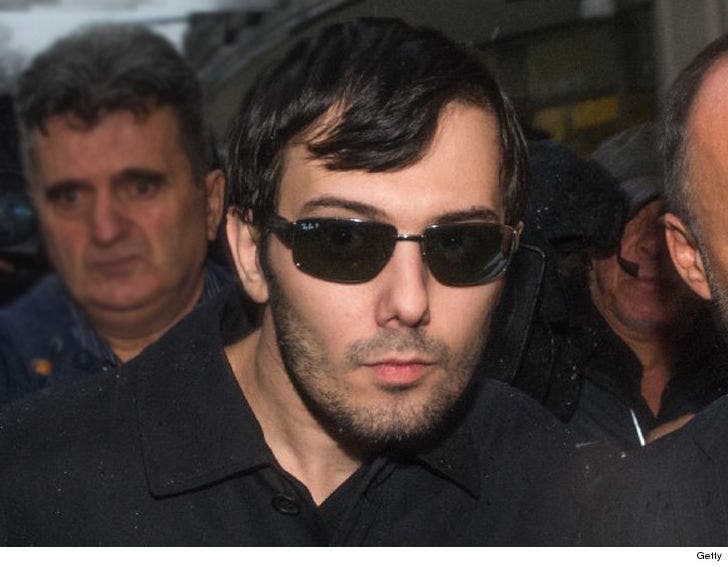 Martin Shkreli -- the hated pharmaceutical exec who dropped $2 mil for a Wu-Tang Clan album -- got busted by the FBI for securities fraud.

The feds arrested Shkreli early Thursday morning in Manhattan. The 32-year-old was already one of the most reviled and envied men in the country for inflating the price on an HIV/cancer treatment from $13.50 per pill to $750 per pill -- and envied for buying Wu-Tang's top secret "Once Upon a Time in Shaolin" record a few months ago.

The ex-hedge fund manager has been charged for illegally taking stock from a biotech firm he started, and using it to pay off debts from other biz deals ... according to Bloomberg.

Just this week Shkreli bragged he wanted to use his riches to bail out rapper Bobby Shmurda.

Shmurda's gonna have to wait. Again.