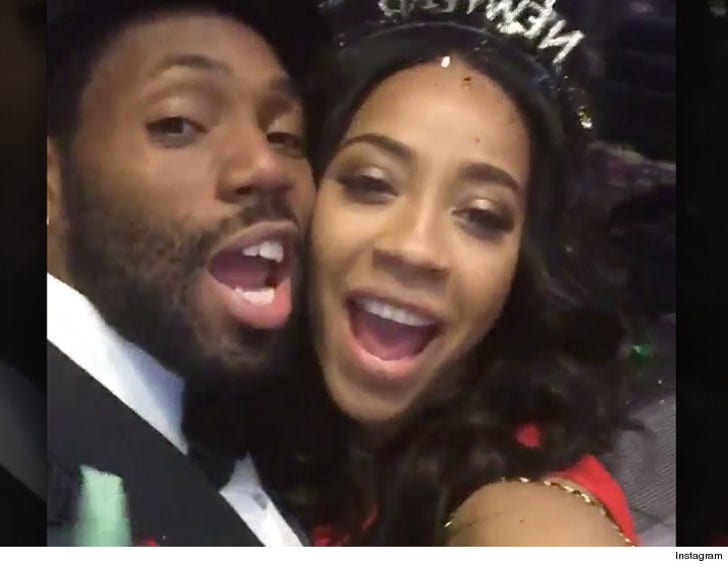 The New York Jets star is about to be a dad for the 11th and 12th time after knocking up his wife ... DESPITE THE FACT HE HAD A VASECTOMY!!!!

Antonio's lady, Terricka Cromartie told US Weekly she learned she was preggers back in October after experiencing cramps.

"I really thought I was dreaming, even after, I was just in total disbelief."

Terricka says she didn't tell Antonio right away because she was in disbelief since her man had already had the procedure to disable AC's ability to reproduce.

"I was going back and forth in my head how it could even happen. In my head we were good to go, we were having free sex! I just really thought that his procedure was the best protection you could have at this point."

Ultimately, the couple says they believe the whole thing is "God's will" -- and they're excited to add to the family.