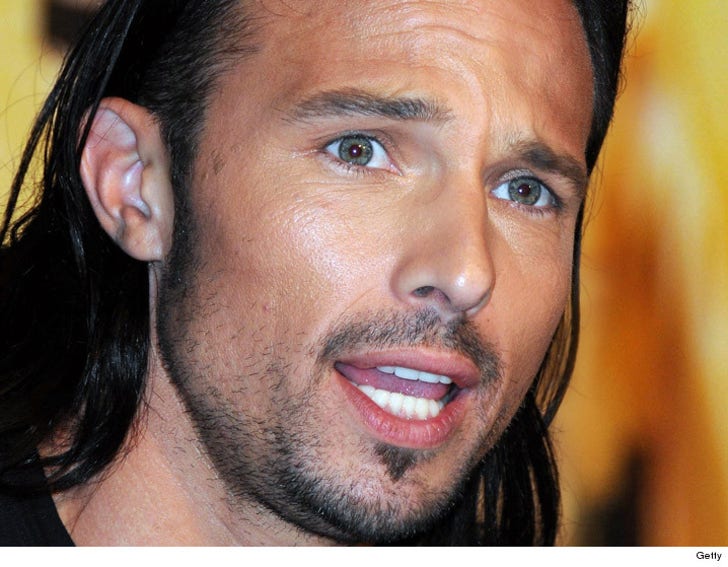 ﻿3:45 PM PST ﻿-- Medina's attorney tells TMZ, "As far as i know, nothing has changed since a year ago when Rickey was first arrested. From the evidence I am aware of, he is as innocent now as he was then ... Waiting a year to charge someone can prejudice a client; memories become faded, you may not be able to find percipient witnesses, and crime scenes can get corrupted."

Ricardo Medina Jr. -- one of the stars of "Power Rangers Samurai" -- has been arrested for the 2nd time in the murder of his roommate, but this time he's been charged for the crime.

Medina was arrested about a year ago for allegedly stabbing his Palmdale, CA roommate Josh Sutter multiple times with a "Conan the Barbarian" sword ... during an argument over Medina's girlfriend. Medina claimed it was self-defense and was eventually released.

The D.A. kicked his case back to cops for more investigation, and he's been walking free ever since.

But we've learned Medina was re-arrested Thursday morning by L.A. County Sheriff's detective outside his house. Law enforcement sources tell TMZ ... the D.A. has already charged him with one count of murder.

Sutter's family believes Medina was charged because evidence didn't back up his self defense story. Specifically, they say Josh had defensive wounds on his hands, and most of the blood was outside of Medina's room. Medina had claimed he retreated to his room to escape Josh.

He faces 26 years to life in prison if convicted.