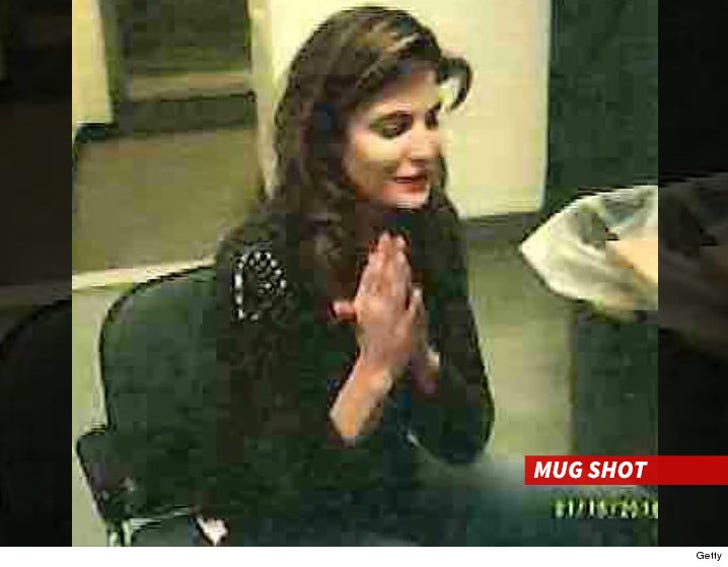 Stephanie Seymour escaped her DUI without one of those embarrassing celebrity mug shots, but it's not what you're thinking -- cops say she just got lucky due to a glitch.

TMZ broke the story ... the supermodel got arrested last Friday in Greenwich, CT. The State Police just released her booking photo, and quite frankly ... it looks like a happy candid shot taken while she's sitting and chatting with friends.

Cops tell us the photo was snapped as an officer was booking her and it's NOT a mistake. This is how CT State Police take mug shots now -- with a camera on an officer's desktop computer -- however cops say she should have been looking into the lens.

We're told it's unclear if human error or a computer glitch is behind the pic being taken at the wrong moment -- they've had "issues" with the new computerized system.

Either way, it worked out for Seymour.

Tip for DMX -- get arrested in Connecticut more often.