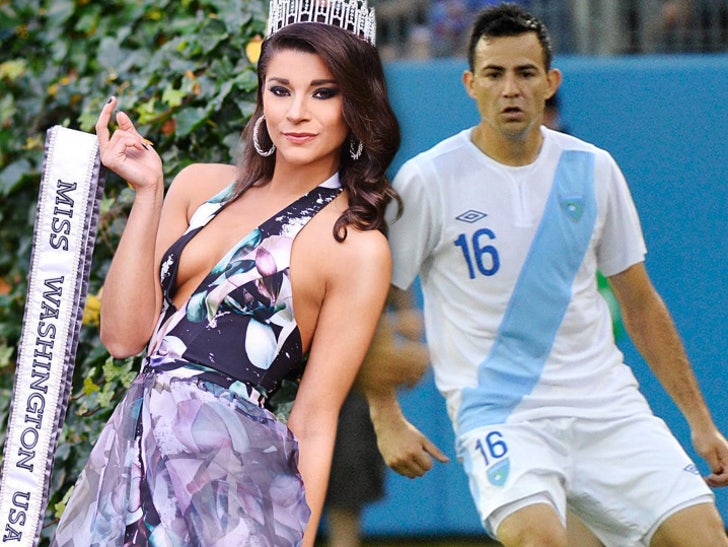 Ex-Miss Washington Stormy Keffeler appeared drunk -- and had blood on her shirt and hands -- when cops arrived to her boyfriend's Seattle apartment after he had been stabbed ... this according to the police report obtained by TMZ Sports.

Cops say ... when they arrived to the home of MLS player Marco Pappa on December 17th -- there was blood all over the walls ... and also on a knife in the kitchen.

Pappa had a 2-to-3 inch stab wound on his torso -- and later needed surgery to treat the wound -- but when asked at the scene if his beauty queen girlfriend was the attacker, he was adamant she was NOT.

When asked for an explanation, Keffeler said they had been walking home from a bar earlier in the night when Pappa was bumped "by an unknown person." Cops say she then changed her story and later refused to talk to police completely.

In the police report, cops paint a picture that seems very damning of Keffeler -- saying there was a trail of blood from the kitchen area of the apartment to the bathroom ... and in the bathroom, there was blood spatter on the wall along with several "stab marks" on the wall.

Seems cops are convinced the stabbing took place inside the apartment.

Cops also point out the initial 911 call they received was from Keffeler saying, "I've had an accident at my boyfriend's apartment" ... but then changed her tune and said she didn't know what happened.

Cops say the bloody knife they found in the apartment was sent to the crime lab to be tested for fingerprints -- but no prints were recovered.

When asked about the blood on her shirt and hands, Keffeler says she was trying to treat Pappa's wounds. 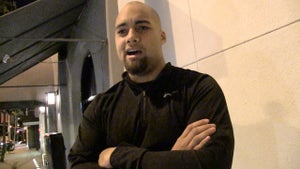