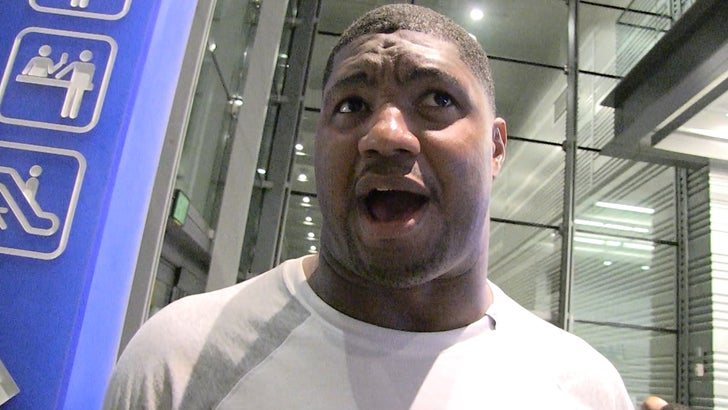 Carson Palmer's teammates still have his back -- especially superstar defensive end Calais Campbell -- who says the QB is still a WARRIOR who just had one bad day at the office.

Palmer got all sorts of heat after throwing 4 picks in the NFC championship game -- but clearly, his teammates aren't throwing him under the bus.

But the best part of this encounter is when the 6'8" 310 pounder admitted he tried STAND-UP COMEDY a few years ago!

Turns out his brother Jared Quay is a professional comic -- and says he's trying to get Calais to get back onstage. Question is ... will he do it? Check out the clip. 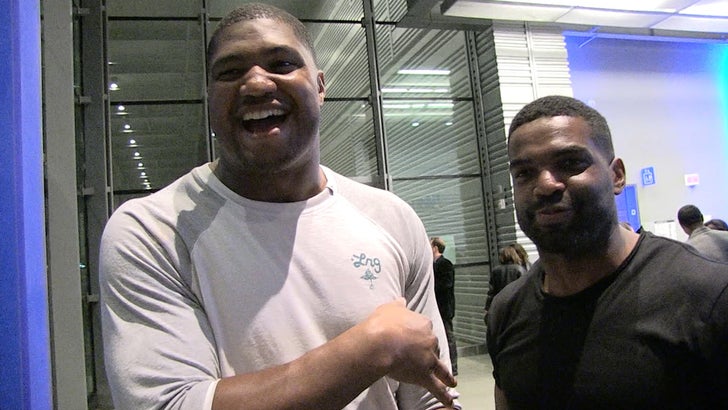 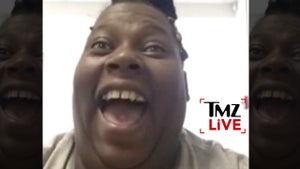 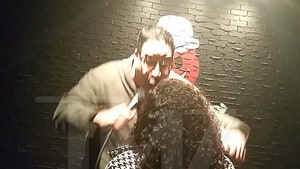