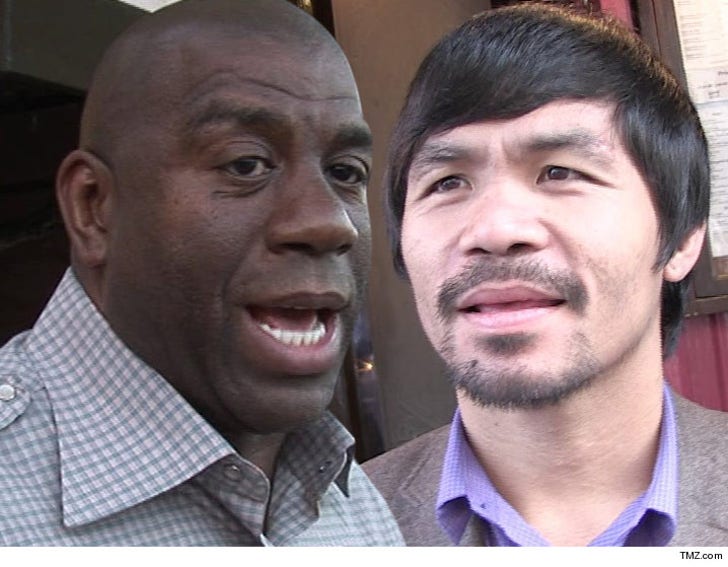 Magic Johnson is lashing out at Manny Pacquiao -- saying he'll NEVER watch another Pacman fight after he trashed gays as "worse than animals."

The NBA legend went to Twitter and wrote, "I applaud Nike for terminating Manny Pacquiao's contract after his derogatory statements that gay people are worse than animals."

"Fans of all walks of life including gay fans supported May/Pac fight putting $100M in his pocket. I guess to him their money is still green."

"I won't be watching another one of Manny Pacquiao's fights."

For the record, Magic is a huge boxing fan and attended the big Mayweather vs. Pacquiao fight last year.