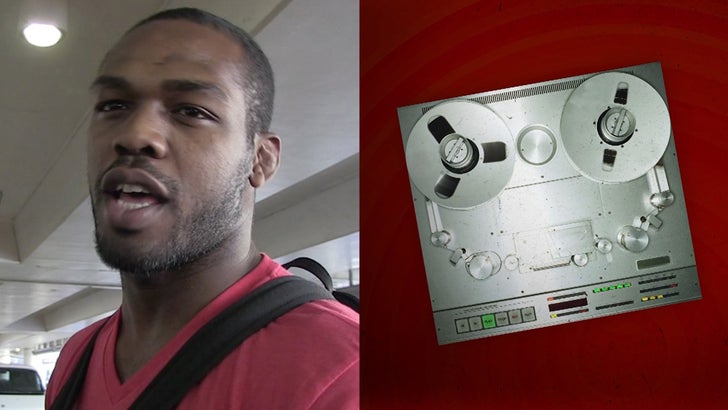 Jon Jones caught a HUGE break during his traffic stop in New Mexico last month -- with the officer telling the UFC star he let him off easy after going 75 in a 35 WITHOUT a driver's license.

TMZ Sports obtained the audio from the January 31st incident -- in which Jon is extremely polite and explains that he didn't realize he was going so fast.

The cop asks for Jon's driver's license, registration and proof of insurance but Jones says he doesn't have it on him ... explaining he was running late for MMA practice and didn't have his stuff in order.

Jon then says he lost his license a while back and has been driving with his passport instead -- the cop explains he can't do that.

In the end, the cop tells Jon he could have busted him for reckless driving -- a misdemeanor -- which could have violated the terms of Jon's probation stemming from his hit and run conviction.

Instead, the cop only cited Jon for driving without a license, proof of insurance and registration -- and explains, "You're getting a huge break dude."

At the end of the stop, the cop admonishes Jones -- "Just drive normal, okay? I mean, yeah you got a cool car but there's no need to go drive crazy and kill somebody or kill yourself. It ain't worth it dude."

The D.A.'s office declined to file a violation of probation charge against Jones -- but he was ordered to 3 days of community service for not immediately alerting his probation officer about the incident. 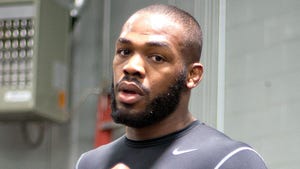 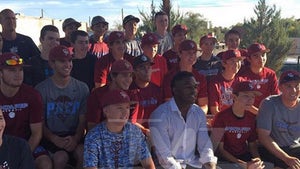