Madonna is no drunk clown, despite reports she was wasted during a vaudeville-themed performance in Melbourne Thursday.

Sources at the show tell us Madonna was merely clowning around, and her tipsy appearance was all part of the show's vibe. Fans clearly bought into it ... maybe too much ... because they thought her speech was slow and slurred as she talked about her ongoing custody battle with Guy Ritchie over Rocco.

She was about 2 hours late though. We're told that was because the clown act was brand new, and a one-time-only thing ... so Madge was rehearsing right up until she hit the stage. 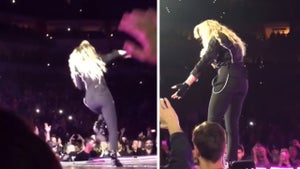 Madonna Concert Goers -- She was Trash Talkin' and a Lil' Trashed 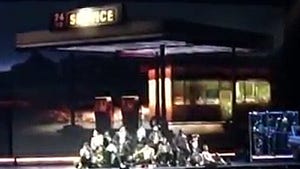