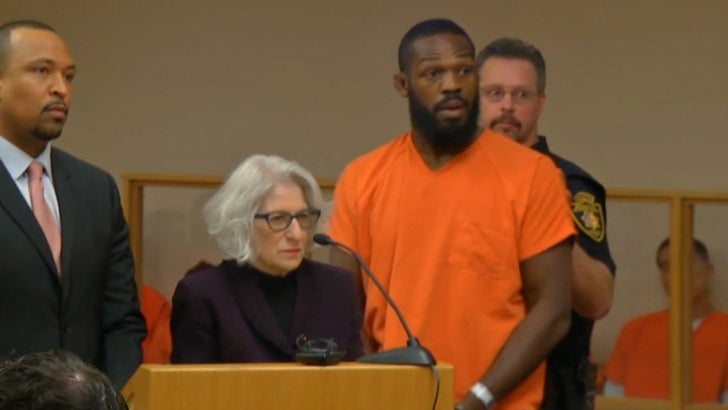 9:43 AM PT -- Jon's management team and legal counsel have issued a statement:

"Jon is focused on the fight, and we are focused on the traffic charges that were brought against him. We are confident that those charges will be dismissed because they are baseless."

"More importantly, however, Jon has done extremely well while he’s been under supervision. He has been sober for more than 6 months, and he has completed more than 100 hours of community service, working with those most at need in New Mexico: our youth."

Jon Jones has been punished in his probation violation case -- and while the UFC star is finally being released from jail, he will NOT be able to drive without permission from his probation officer.

The UFC superstar just appeared in court in Albuquerque, NM and admitted to violating his probation by failing to report police contact in a timely manner after his drag racing stop last week.

Prosecutors wanted to impose a curfew on Jones -- requiring him to be in his home between the hours of 10 PM and 4 AM out of concern that all of JJ's issues have happened at night.

But Jones argued that he NEEDS to be out at night because he trains in the evening hours -- and forcing him to stay in would impact his next fight at UFC 197.

The judge agreed and struck down the curfew -- but said Jones may NOT drive without explicit permission from his probation officer.

He must also complete a driver improvement course, anger management and 60 hours of community service in 3 months.

The judge warned Jones to "take this seriously."

During the hearing, Jones' attorney called his recent drag racing stop "bogus" -- and said Jones was "profiled" by the officer who pulled him over.

"We intend to fight these traffic violations."

Prosecutors warned the judge Jones was "starting to fail at probation" -- saying it's been a challenge for him. "This is his 3rd chance and we are concerned." 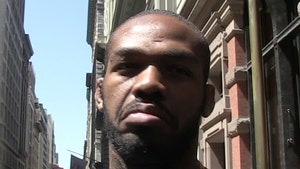 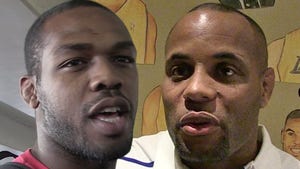